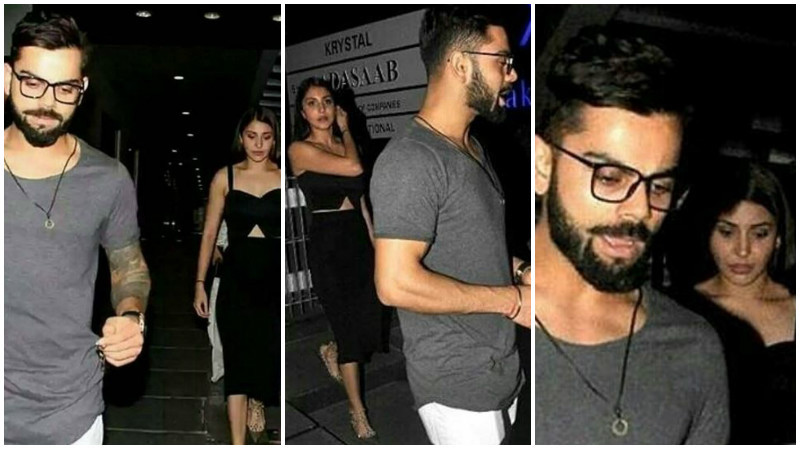 Image Courtesy: Instagram
Bollywood's favourite couple Virat and Anushka seem to have reconciled their differences and are back together!
This is good news for their fans.
Anushka was trolled on social media recently after Kohli's exceptional performance at the ICC World T20 for which he was awarded 'Man of the Tournament' title a few days ago.
Kohli had slammed the trolls by saying that 'Anushka has only given me positivity.'
The duo was spotted in Bandra yesterday returning from a dinner date at Hakkasan Restaurant.
While Virat looked handsome in a grey tee and white trousers, Anushka looked pretty in a black dress.
Photos of the pair returning from dinner have been circulated on social media.
Rumours have it that post dinner they headed to Salman Khan's place to party the night away.
Salman Khan and Anushka Sharma will be seen together in the upcoming movie 'Sultan'.
Yesterday Salman Khan wrapped up the shooting for Sultan and the party was in celebration of that.