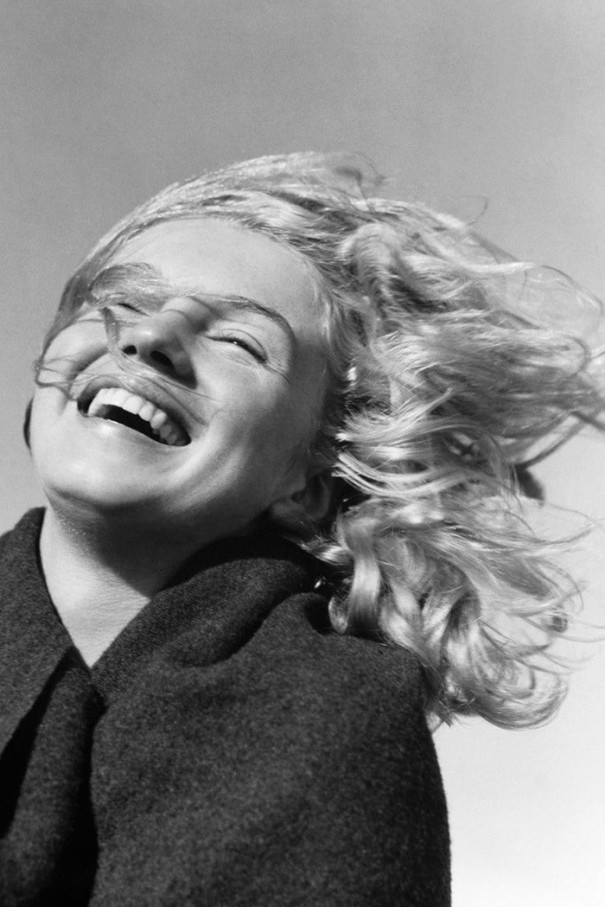 Marilyn Monroe was consider a major popular culture iconin the 1950’s, but before she became famous, she was known as Norma Jeane Dougherty. In 1946 she and her lover, photographer André de Dienes, traveled to Malibu beach where the then 20-year-old posed for this series of photographs.

In his own words, the photographer said: “She was twenty and had never experienced the intoxication of success, yet already there was a shadow over her radiance, in her laughter. I asked her to react instinctively, without giving herself time to think, to the words happiness, surprise, reflection, doubt, peace of mind, sadness, self-torment… and death. When I said ‘death’ she took hold of the folded dark-cloth and covered her head with it. Death to her was blackness, nothingness. I tried to coax another reaction from her. Death might be a beginning, the hope of an everlasting light. She shook her head: ‘That’s what death is for me.’ She turned towards me, her face set and despairing, eyes dulled, her mouth suddenly bereft of colour. To her, death was the end of everything.” The girl in a black coat and scarf, with her hair blowing in the wind, is unrecognisable from the woman we now know her as.