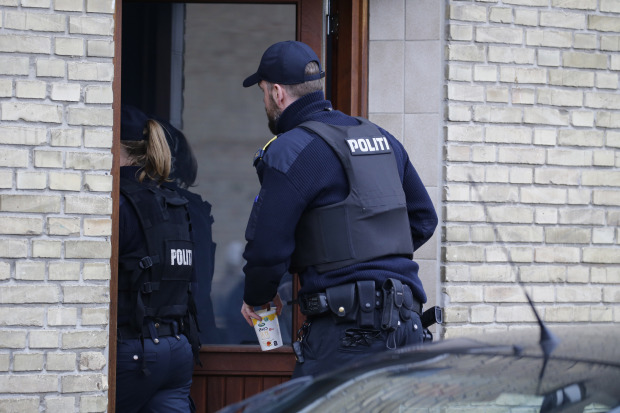 Copenhagen: Copenhagen police said Thursday they had detained four people on suspicion of joining the Islamic State group in Syria and seized weapons and ammunition in a search linked to the arrests.

All four were suspected of breaking Denmark's terrorism law while in Syria, and were arrested in the Copenhagen area, police said in a statement without giving any further information on their identities.

"The suspects have been identified through investigations carried out in close co-operation between the Danish Security and Intelligence Service and Copenhagen police," the statement said.

Under Danish terrorism law, "letting oneself be recruited to commit acts of terrorism" is punishable with up to six years in jail.

"At one of the addresses we (searched) today we found some weapons and ammunition," police inspector Poul Kjeldsen said.

A person living at the address had ties to one of Copenhagen's criminal gangs, police later said on Twitter.

In the Vejledalen neighbourhood on the city's southwest outskirts, janitor Michael Harsfort said he was working when "suddenly two big cars came in at high speed".

Local media said one of the apartments searched in another area was linked to a 27-year-old man whose name appeared in leaked documents that were given to Britain's Sky News, containing information on jihadists who have joined IS.

Sky reported last month that a disillusioned former IS member had given the channel tens of thousands of documents containing the names, addresses, phone numbers and family contacts of those joining the group.

"The arrests took place as part of the effort against people letting themselves be recruited to terror groups in war-torn parts of Syria and northern Iraq," police said.

A preliminary hearing is scheduled for Friday.

So far only one returning Syria fighter in Denmark has been charged with joining a terrorist organisation.

"Since my first day as justice minister it has been crucial for me to ensure that foreign fighters who take part in the armed conflict in Syria and Iraq are held responsible when they return home," Justice Minister Soren Pind said on Facebook.

"I am pleased that the authorities' efforts now appear to be bearing fruit."

Europe is on edge after the Paris attacks in November and last month's bombings in Brussels, both blamed on homegrown militants radicalised and trained by IS.

Around 4,000 Europeans have travelled to Syria and Iraq to join extremist groups as foreign fighters, according to a study from the Hague-based International Centre for Counter-Terrorism released last week.

Data from Denmark showed that 125 people had left the country to fight in Syria or Iraq, and that 62 of those were believed to have returned to the Scandinavian country.

The Danish city of Aarhus has drawn international attention for its "soft-hands" approach to battling the radicalisation of young Muslims with social techniques used in gang exit strategies.