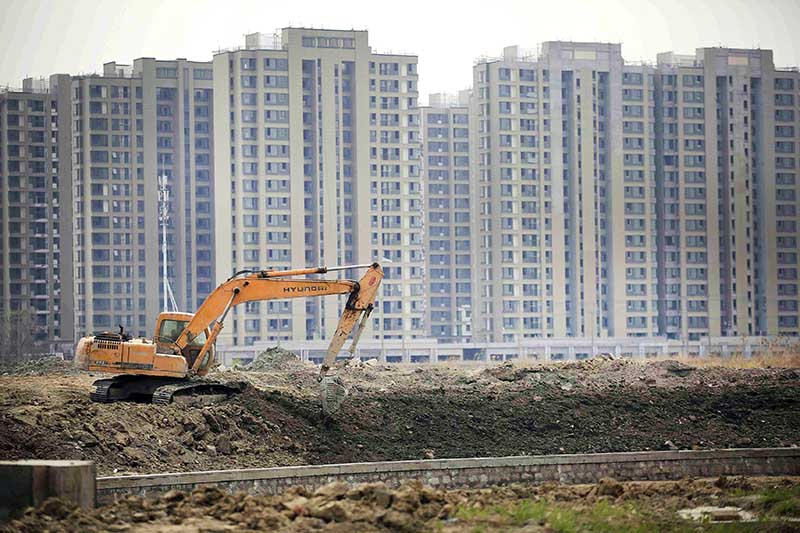 Hong Kong: Home sales in the red-hot property markets of Shanghai and Shenzhen tumbled sharply in the week after authorities made it tougher to buy homes in the cities to prevent a property bubble, surveys by a major Chinese realtor show.

After Shenzhen and Shanghai property prices had jumped 57 per cent and 20.6pc in February from a year earlier, local governments tightened down payment requirements for second homes and raised the eligibility bar for non-residents to buy in the cities.

In the week beginning March 28, the first after the new rules took effect, the total floor area sold in Shanghai fell 60pc from the previous week to 283,600sqm, according to nationwide agency Hopefluent Real Properties (China), whose surveys are based largely on government data.

While much of China’s property market has been in the doldrums for two or three years after an overbuilding frenzy left a backlog of unsold and unfinished developments, life has been easy for realtors in China’s first-tier cities.

“Property agents now have to make calls again. They didn’t have to (call clients) before the tightening; business came to them,” said Jones Lang LaSalle’s east China head of research Joe Zhou, adding client foot traffic dropped around 30pc in the past two weeks.

Some would-be buyers like Zhang Xiaohua, an IT designer at Chinese computer-maker Lenovo, said the measures had hit hard.

“I can’t buy now, and I don’t have much hope of buying in the future,” said the 27-year old, after Shanghai raised the requirement that buyers without local residence permits must have paid Shanghai taxes for at least five years, up from two.

“I’m scared there will be more policies targeting non-locals.”

Analysts said a plunge in volume was expected, given a smaller pool of eligible buyers after the new rules.

Prices also eased 3pc week on week in Shanghai and 4.2pc in Shenzhen, according to the surveys.

“A lot of people don’t want to get into the market now, so they’re not buying. This is giving me a headache,” said 56-year old Ding Xiaoping, a furniture salesman who is trying to sell two of his apartments.

“Many sellers are thinking about cutting prices. I’m thinking of lowering the price by a little, too.”

But developers see little immediate cause for alarm.

Officials at Shanghai-based Shimao Property Holdings and a Shenzhen-based developer said inventory levels remained very low in the two cities so they had no plans to cut prices.

“Despite the large demand wiped out by these tightening policies, developers are still seeing more clients than the saleable resources they have, so they don’t need to cut prices,” said Alan Cheng, general manager for realtor Centaline in Shenzhen.

Property investment and development is a major driver of China’s economy, affecting more than 40 sectors from cement to furniture, and accounting for more than 20pc of gross domestic product.

With overall economic growth falling to a 25-year low of 6.9pc in 2015, property investment growth eased to just 1pc, the weakest in nearly seven years as developers slowed new construction due to oversupply.

It picked up, however, to 3pc in the first two months of this year after a slew of government stimulus measures.