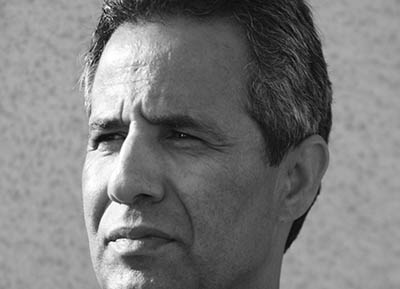 Donald Trump could change American electoral history for the better. Before explaining how, let’s first explore the politics and predicament of the 2016 Republican primary election.

About six weeks ago, I projected that Trump would win the Republican nomination. That was before the traditional Republican leadership came out of hibernation to spoil Trump’s chances. It was however, a little too late. It’s almost certain now that Trump will end up with the most delegates at the summer convention – although it might not be enough to give him a simple majority to become the outright Republican nominee at the next November election.

The Republican leadership has no one else to blame for the Trumpmania frenzy. The party had cultivated the extreme right wing of the American electorate for more than 30 years. They had pandered to Jerry Farwell’s “Moral Majority,” Newt Gingrich’s Contract with America and Michelle Bachmann’s Tea Party. The Republican leadership was content with the secured right-wing vote for their candidates. They turned unsettled, however, when the extremists’ base posited their own to challenge the traditional leadership.

This is universally true in all cases of breeding self-righteous groups to serve a short-term interest of the more dominant party. Once they garner influence, the self-righteous proponents become attracted to power like sharks are drawn to the smell of blood. Ultimately, their illusionary perception of supremacy inspires them to impose their agenda on others.

In the early 1980s, Ronald Reagan administration nurtured Islamist ideologues to fight the Soviets in Afghanistan. For as long as those fighters were the fuel to serve the US strategy, they were compared by Reagan to the “founding fathers.” But when Reagan’s adopted Islamists became powerful enough to implement their own agenda, conflict ensued. Israel encouraged the development of alternative Islamist Palestinian leadership in the hope of weakening the more secular PLO. Up until then, the Israeli public didn’t know the meaning of the walking rockets (suicide bombers) blowing themselves up in the middle of Tel Aviv.

In 1982, Israel dislodged the PLO from Lebanon. It weakened the secular Lebanese National Movement and created a vacuum that was soon filled by Hizbollah.

Today, Israel is repeating the same stratagem by collaborating with Al Qaeda affiliates in the hope to break up Syria. At one point, the Zionist movement foresaw the rise of Nazism in Europe (they do today) as an opportunity to induce Jewish immigration to Palestine. That is until the Nazi experiment went out of control.  It was the same result in all cases regardless of whether the self-righteousness groups were Jewish, Christians or Muslims.

To answer my earlier proposition on Trump, traditional Republicans had finally come face to face with the juvenile they reared; and they have come to dislike their creation. At next summer’s convention, party traditionalists are expected to abandon Trump and unite behind the second least hated alternative: Ted Cruz. Or to quote a Republican leader, to choose between “Death by being shot or poisoning”.

It is very plausible that Trump, with an ego larger than the Republican Party, will end up walking out of the convention. Trump has already hinted that he would recant his pledge to support the Republican candidate if he wasn’t on the November ticket.

If and when Trump decides to break away from the Republican Party, it should be an opportunity for Bernie Sanders to do the same at the Democratic side. Riding Trump’s ego is the best hope for Americans to end the 200-year-old Democratic and Republican monopoly over US presidential election. The traditionalist against the independent candidates to end the two-party reign.

Sanders has a better chance in the general election to halt his party’s retrograde and beat the Democratic traditionalist who was rejected by party voters eight years ago. Then continue the march to defeat the “shot or poisoning” death option of the Republican candidates.