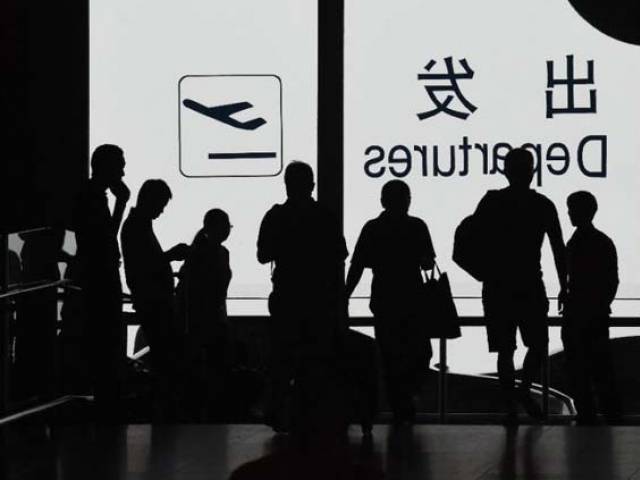 The three were blacklisted for hitting a checkpoint security officer with a can of milk, attacking airline personnel over a flight delay, and refusing to switch off a tablet PC during a landing, the China Daily newspaper said.

They are the first to be included in a system rolled out by the China Air Transport Association in February, and will be unable to book flights with five of China's biggest airlines for up to two years, it added.

Chinese authorities last year declared 11 types of action "strictly prohibited" on flights and at terminals, including damaging airport security facilities and assaulting crew members, according to the China Daily.

Such behaviour has frequently made headlines in the country with the world's worst track record for flight delays.

In January last year, 25 passengers were held by police for questioning after they fought with crew members over a bad weather delay and opened the emergency exits.

In 2013, an official who missed two flights lost his temper at the boarding counter and went on a rampage, violently destroying two computers and attempting to smash a window with a signboard.

In December 2014, a Chinese woman en route back to China from Thailand threw a cup of noodles full of boiling water at a Thai flight attendant and punched the cabin windows, threatening to jump out, in a dispute that began over seat arrangements.

An editorial in the China Daily on Monday said such blacklisting was "long overdue", and that the first punishments would warn other travellers to "toe the line".

"There is no reason for them to be respected when they do not show enough respect for others," it said.