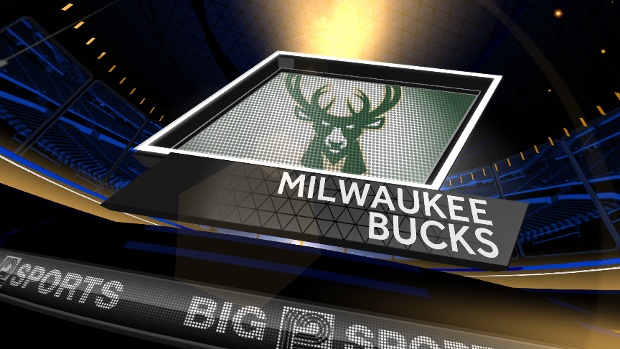 James Harden used the final appearance for Kobe Bryant in Houston as his personal stage, coming alive in the fourth quarter of the Rockets' win over Los Angeles.

Harden scored 20 of his game-high 40 points in the final period and added 13 assists and four steals. The Rockets are one game behind the Utah Jazz for the final Western Conference playoff spot with two regular-season games remaining.

DeMar DeRozan scored 27 points and the Toronto Raptors kept alive their slim chances of securing the top seed in the Eastern Conference with a 93-89 victory over the New York Knicks on Sunday night.

By holding off the Knicks, Toronto (54-26) is two games behind Cleveland (56-24). If the Raptors win out and the Cavaliers lose both their games, the top spot goes to Toronto by virtue of winning the three-game season series. Toronto ends the season against Philadelphia and Brooklyn while Cleveland finishes with Atlanta and Detroit.

Stephen Curry poured in 37 points, 16 of them in a pivotal stretch of the third quarter, as the Golden State Warriors remained on track to set the NBA's single-season win record with a 92-86 victory over the San Antonio Spurs on Sunday in a matchup.

The Warriors (72-9) matched the victory total of the 1995-96 Chicago Bulls. Golden State can set a new mark with a home win over the Memphis Grizzlies on Wednesday, the season's final night.

For the fifth time in six seasons, the Indiana Pacers qualified for the NBA playoffs.

Indiana led by 20 points after one quarter on its way to a 129-105 victory over the Brooklyn Nets on Sunday in Bankers Life Fieldhouse that secured a spot in the Eastern Conference playoffs.

Rookie Trey Lyles scored a career-high 22 points, Gordon Hayward also scored 22 and had nine rebounds, and Utah helped its playoff cause with a win over Denver.

Rudy Gobert had 16 points, 14 rebounds and six blocked shots for the Jazz.

Hassan Whiteside was back in the Miami starting lineup for the first time since Jan. 20, and the move paid off in a win over Orlando.

It was Miami's highest scoring game since March 18 against the Cleveland Cavaliers. The Heat are tied with the Boston Celtics for fourth place in the Eastern Conference.

Charlotte's hopes for home-court advantage in the opening round of the playoffs took a hit with a loss to Washington. The sixth-place Hornets trail the Heat and Celtics by one game.

Marcin Gortat finished with 21 points and 13 rebounds for the Wizards, who were without John Wall (knee).

Kemba Walker scored 16 points and Marvin Williams had 14 for the Hornets.

Jamal Crawford scored 22 points off the bench, and J.J. Redick contributed 20, sparking Los Angeles to a victory over Dallas.

Khris Middleton scored 36 points and Giannis Antetokounmpo had a critical block as short-handed Milwaukee beat Philadelphia in overtime, breaking a three-game losing streak and sending the Sixers to their 70th loss of the season.

Middleton, back after missing the previous three games with a strained left thigh, nailed 14 of 24 shots. His point total equalled a season high for a Milwaukee player.