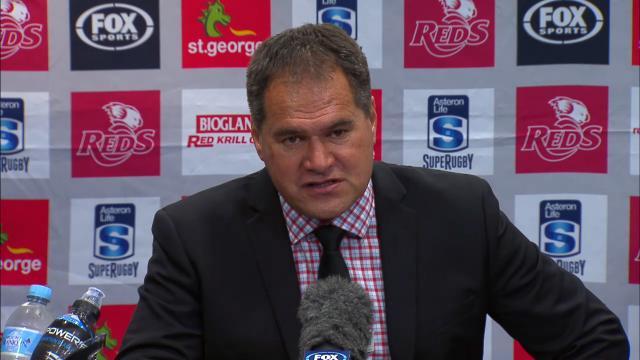 A week off could not have come at a better time for Super Rugby's table-toppers, with the Waikato Chiefs players exhausted after seven weeks of exertion, coach Dave Rennie said.

The Chiefs consolidated their position at the top of the standings on 29 points after week seven with a hard-fought 29-23 victory over the Auckland Blues on Friday.

It was the fifth successive victory for the twice champions, who had played matches in South Africa, Argentina, New Zealand and Australia in the preceding four weeks.

"The boys are pretty buggered," Rennie told reporters in Hamilton on Monday.

"It's been a long seven week campaign for us, but I think the Blues did ...well," added Rennie. "They caught us short a lot and there was a fair bit of desperation.

"It wasn't as sparkly as it has been but it was really gritty and we got into a bit of an arm wrestle late on - and we did a lot of things really well."

The Chiefs have been the most attacking side in Super Rugby this season, scoring 39 tries in their seven games. The next best team, the Canterbury Crusaders, have scored 25 in six.

In their five-game unbeaten run, Rennie's team have scored more than 50 points twice and are averaging 43.6 points per game.

The play of fullback Damian McKenzie has captured the most headlines for the Chiefs, with the 20-year-old the leading individual try scorer with seven.

Flyhalf Aaron Cruden, who missed most of last season with a knee injury, is also firming as the favourite for the All Blacks number 10 jersey in June, while inside centre Charlie Ngatai has impressed with his performances as a replacement for Ma'a Nonu, who moved to France after the World Cup.

The Chiefs have embarked on their successful run while managing a heavy injury toll, with Rennie without several starting players, including lock Brodie Retallick who only returned against the Blues following a month out with broken ribs.

Cruden added his side had been 'beaten up' by the Blues and they would look forward to this week without a game to refresh before their clash with the Hurricanes in Wellington on April 23.

"The bye's come at a good time for us," Cruden said. "We can take the bye week, get away for a few days and recharge mentally and physically.