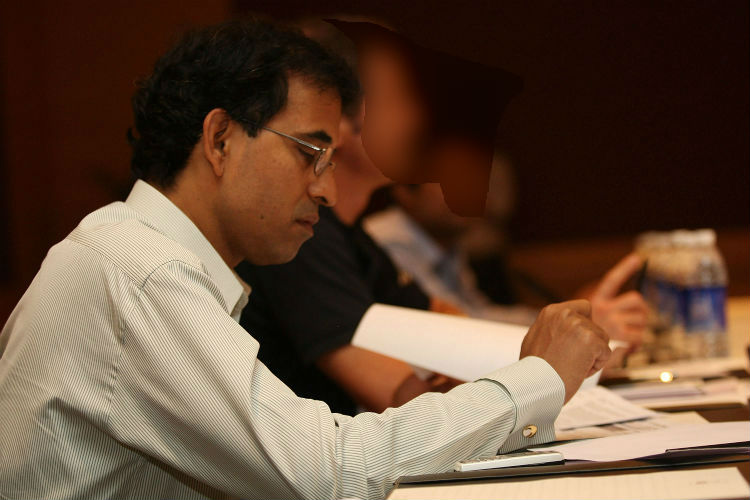 The commentator finds himself in an uneasy atmosphere with whatever is going on surrounding his removal from the commentary panel.

A lot has been said and assumed over Harsha Bhogle's removal from the commentary panel of the Indian Premier League (IPL) in the current session.

According to a report in The Indian Express, he was told about the termination of his contract just a week before the league started.

The decision came as a complete surprise for the 54-year-old commentator as he had conducted the draft auction for this season, featured in the cash-rich league's promotional videos and even his flight tickets were booked by the production house.

The commentator doesn't like the spotlight and since he doesn't know the reasons for his removal he took to his Facebook page to address the issue and thank his supporters.

I must confess I am a little uncomfortable with all the attention I have been getting recently. I am just a cricket...

I must confess I am a little uncomfortable with all the attention I have been getting recently. I am just a cricket commentator. I go to a cricket match, tell the story of what happened, look for joy within it if possible and come back feeling blessed to have had the opportunity. I tell the story, I am not the story.

I am, though, deeply moved by the messages I have got. I am overwhelmed that people who don't know me have taken the trouble to express their views on the matter. Young men and women who are my children's age have offered me advice. Famous people and simple cricket lovers have gone on public platforms. And I have been particularly touched by the people who say they don't rate me as a commentator but who speak out in my favour (that you may disagree with people but fight for their right to have an opinion was an attitude injected into me very early in life).

It is an incident that tells me how much we care for the game that we hold so dear.

I don't know what lies ahead. I have a contract with Star Sports with whom I share an excellent relationship. It is the reason why I don't have to do the IPL. I do it because I genuinely like the cricket on offer, I want to be part of cricket's laboratory to see what is brewing. It is a fantastic tournament.

I still don't know why I am not doing the IPL. I haven't been told. I can accept the fact that people don't like me. But I genuinely hope it isn't because cricketers have complained about what I have to say. I tell every young cricketer who cares to listen that we will never agree on everything but I will always desire that they do well; that I cannot stop them from scoring a run, or taking a wicket or holding a catch. Doing that is their job, telling the story of what they did, or didn't, is mine. Our paths will be strewn with admiration and disagreement. It is the nature of the job whether you are a university level cricketer or among the best there has been.

And, for heaven's sake, my greatest criticism is that I don't do enough of it. And when I do, my friend Prem Panicker isn't sure whether I have critiqued a player of proposed marriage!!

So, thank you very much. I love what I do and your words have been overwhelming.

But, I remain the teller of the story, not the story itself.