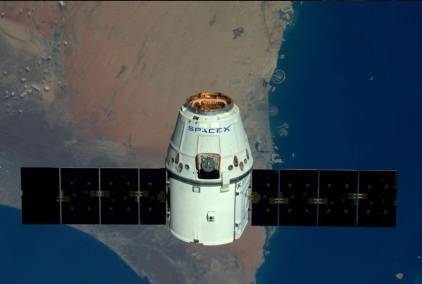 Dubai: Tim Peake, a European Space Agency astronaut, captured a picture of The Palm developments from space on Sunday.

The Palm Island of Dubai was captured from a space station when a spacecraft came into view.

Tim has been taking photos from the International Space Station since December 2015 when he was sent to the orbital post.

The former British Army Air Corps officer did manage later to post on Twitter and Instagram the photo he had planned. It shows The Palm Jebel Ali, The Palm Jumeirah and The World Islands.

I've been waiting to get a pic of The Palms, Dubai & then this happened just prior to capture :) #LuckyDay pic.twitter.com/AE5btzQSpE

“Minus the #Dragon photobomb this time,” posted Peake.

“What an amazing shot,” commented one of Peake’s social media followers.

A clearer and magnified image of the Palm Jumeirah and Palm Jebel Ali, without the presence of the attention-seeking spaceship, was posted minutes later.

The Dragon capsule reached the ISS at 11:23 GMT on Sunday.

The UK astronaut took the controls of a robotic arm for the capture procedure. 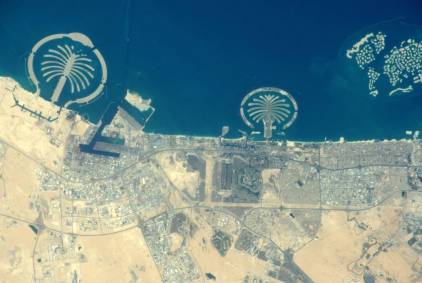