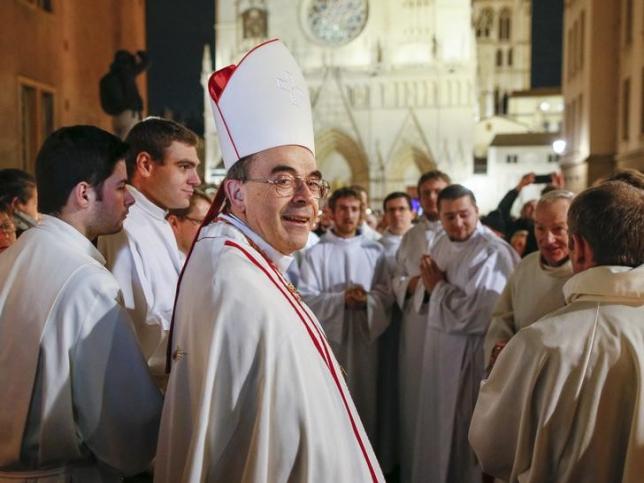 Paris: The Catholic Church in France was to unveil steps against paedophilia on Tuesday following a scandal over an archbishop accused of covering up for a priest who has admitted abusing boys.

The episcopate is to announce the measures after a meeting of its executive body with a source close to the case telling AFP that there would be ‘concrete announcements, measures that are aimed at improving the consideration’ of paedophile cases.

The case of Archbishop of Lyon Philippe Barbarin has re-opened the debate about paedophilia in the Church in France.

Barbarin is the focus of two investigations on suspicion of promoting Bernard Preynat, a priest who has admitted sexually abusing scouts he was supervising in the Lyon area of central France more than 25 years ago.

Preynat was charged in January after confessing he had abused children.

A group of victims has criticised Barbarin for failing to report Preynat to the authorities, even though he was made aware of the allegations against him in 2007.

The diocese did not remove him from ministry until 2015.

Since the Preynat case has come to light, other allegations of sexual abuse by priests in the Lyon diocese have emerged.

Barbarian, one of the highest-profile figures in the French Church, said last month he had ‘never covered up paedophilia’.

Under increasing pressure, he has asked for ‘forgiveness’ for what he called Preynat's ‘abominable crimes’, but he still retains the support of the Vatican.

It is the worst scandal to hit the Catholic Church in France since a bishop was convicted in 2001 for failing to report abuse.

Another bishop came under attack last week when he refused to describe paedophilia as a ‘sin’.

Stanislas Lalanne, the bishop of Pontoise outside Paris, later tried to clarify his position, saying ‘paedophilia, in every case, is objectively serious’.

The president of the French bishops conference, Georges Pontier, wrote in Le Monde newspaper on Tuesday: ‘We understand better the depth of the hurt inflicted and we have not always done a good job of managing the cases in the best way.

“We must cooperate fully with the judicial authorities and we must listen to the victims in an open and caring way.”

The Catholic Church has been rocked by sexual abuse scandals in recent years, especially in Ireland, the United States and Mexico.

Pope Francis has said dealing with abuse is vital for the Church's credibility and that perpetrators must face ‘sanctions’.