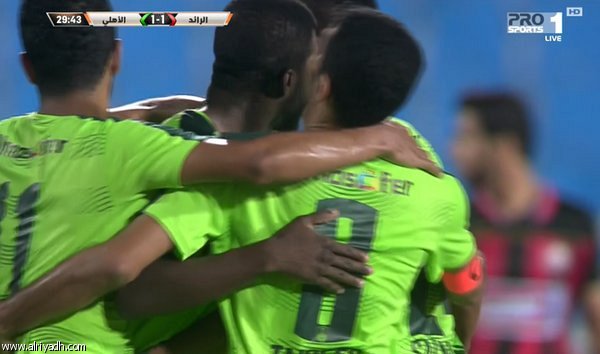 Riyadh: Al-Ahli Club has qualified to the semi-final of the King’s football cup edging past Al-Raid 3-1 in the match which was played at King Abdulla Sport City stadium in Buraidah.

Professional striker Markinho opened the score for Al-Ahli 20 minutes into the first half before Fahd Al-Jahni netted the equalizer for Al-Raid 5 minutes later.

Mansour Al-Harbi staged his team’s comeback scoring twice in the 30 and 90 minutes and sealing the final victory. Al-Ahli will take on arch-rivals Al-Hilal on April 28.