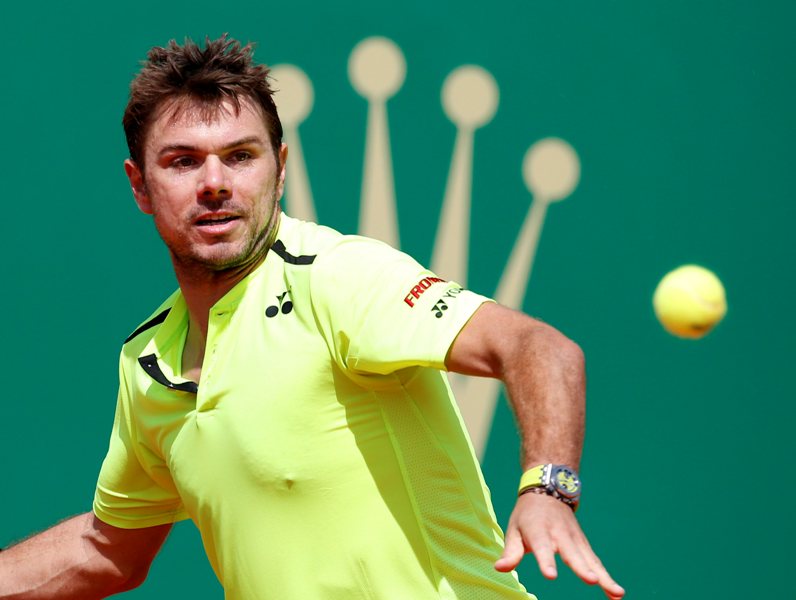 Stan Wawrinka of Switzerland returns the ball to Philipp Kohlschreiber of Germany during their second round match at the Monte-Carlo Rolex Masters tennis tournament in Roquebrune Cap Martin, France, 13 April 2016. (EPA Photo)

Monte Carlo: Reigning Roland Garros champion Stan Wawrinka began perhaps the most important clay seasons of his career with a 7-6, 7-2 (7/5) defeat of Philipp Kohlschreiber on Wednesday at the Monte Carlo Masters.

Number four Wawrinka, who also won the title at the seaside Monte Carlo Country Club over Roger Federer in 2014, will line up in the third round against French 15th seed Gilles Simon.

The Swiss took 96 minutes to advance over Kohlschreiber, who fought off the Wawrinka attack as he saved 10 of 13 break points against his serve.

Wawrinka will be trying to build momentum on clay this spring as his May return date to the French Open draws closer.

The 31-year-old Wawrinka is one of only four men to have disrupted the Big Four's trophy dominance of Masters 1000 titles since Monte Carlo 2010. Fifty of the last titles in the series have been won by either Novak Djokovic (23), Rafael Nadal (12), Roger Federer (8) or Andy Murray (7).