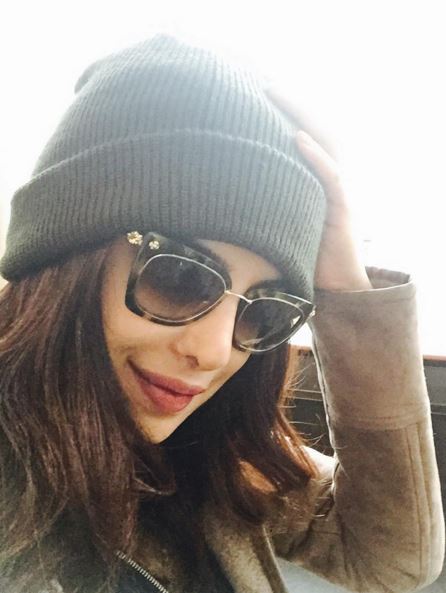 New Delhi: Priyanka Chopra's husky voiceover as villainous snake Kaa in the Hindi version of The Jungle Book has earned her a lot of praise but the actress revealed she almost missed out on the part.

The 33-year-old Padma Shri awardee, who was busy shooting for her debut international TV series Quantico in Montreal, said she managed to squeeze out time from her busy schedule to voice her favourite character from Rudyard Kipling's classic tale.

"I was very excited to do The Jungle Book. I almost missed out the opportunity to voice it because of date issues.

I was not able to do it because the film (Jungle Book) was about to release. I was in Montreal, shooting for Quantico and that month was quite hectic for me as Baywatch also happened the same month," Priyanka told PTI.

"Sidharth called me and asked, 'You have to do it and I don't know how you will'. I also desperately wanted to do it.

He delayed the shooting by a week. So, that's how I got the opportunity to do it."

Asked what all childhood memories she had about the show, Priyanka said, "Sunday was almost synonymous to Jungle Book.

We used to sit in front of the TV and watch it. It used to be my ritual. I had mugged up the show's title track 'Jungle jungle baat chali hai'."

Directed by Jon Favreau, The Jungle Book narrates the story of an orphan boy, Mowgli, who is raised in the jungle by a pack of wolves, a bear and a black panther.

Priyanka is happy that the film is doing good and she is getting appreciation from all quarters.

"I am excited that the film opened so well. And I am lucky that I could do Kaa because it's very interesting," she said.

For Priyanka, appreciation has become more important than getting awards now.

"My work has become very spiritual for me now. It's like meditation for me between cut and action. It has gone beyond awards...Awards are great. You feel a certain encouragement that you should keep doing the good work. People should like the film and say, 'she did a damn good job'."