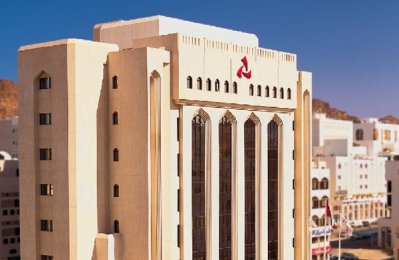 Bank Muscat, Oman's largest lender, posted a 1.1 percent increase in first-quarter net profit on Thursday, according to a bourse statement, on the back of rising income from loans, fees and commission.

EFG Hermes forecast the bank would make a quarterly profit of RO45.24 million, while Gulf Baader Capital Markets forecast a profit of RO42.80 million over the same period.

Loans and advances rose 6.9 percent year on year to stand at RO6.92 billion on March 31, while deposits increased 7 percent over the same timeframe to RO6.97 billion.

Bank Muscat said on April 5 that it had received all regulatory approvals to open a representative office in Iran, making it one of the first foreign financial firms to establish a presence in the country since the international sanctions, imposed over Tehran's disputed nuclear programme, were lifted in January.

The lender is speaking to a small group of banks about raising a three-year loan worth as much as $300 million, sources told Reuters on March 22.  -Reuters