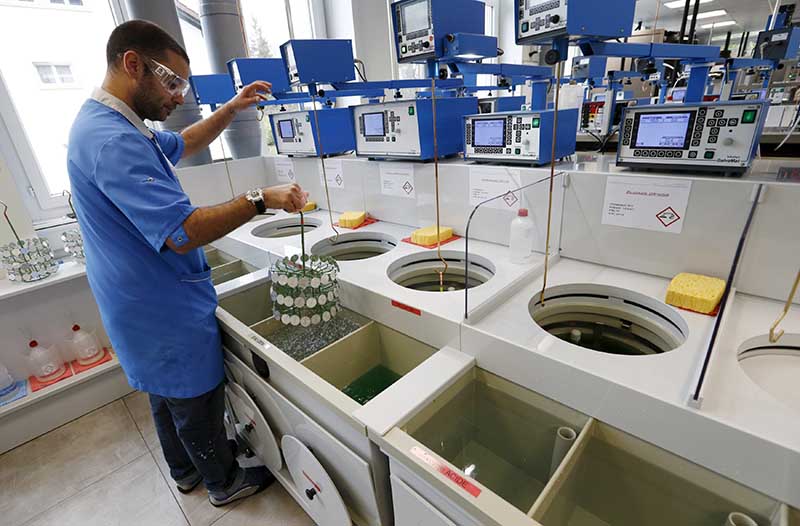 Zurich: In two small Swiss towns, watchmakers are trying to strike a balance as delicate as the mechanisms in their precision-engineered watches - squeezing suppliers to cope with an industry crisis while preserving the skills that drove past successes.

La Chaux-de-Fonds, home to just 39,000 people, and even smaller neighbour Le Locle have been at the heart of the Swiss watchmaking industry since the 19th century. But after the boom years earlier this century, life has got much harder. Demand for traditional luxury watches has been hammered by a Chinese government crackdown on bribery, a drop in tourist shoppers to Europe and, at lower price points, the rise of smartwatches.

Top manufacturers such as Swatch Group, Richemont and LVMH have responded by demanding price cuts from suppliers and taking more production in-house. That has hit hard in La Chaux-de-Fonds and Le Locle, home to a network of industry subcontractors.

“That was not justified, but we did lower prices a bit and are taking a hit on our margin,” he said, adding he expected sales to fall 10 per cent this year, in line with 2015, and staff would likely have to work short hours in the second half.

Watch industry employers’ association secretary general Francois Matile said about 1,000 jobs had been lost in about a year from the more than 59,000 in the Swiss watch industry. The actual figure was higher including temporary contracts not being renewed and staff attrition.

La Chaux-de-Fonds had a jobless rate of 8.1pc in January, one of the highest in Switzerland. The watch industry accounts for the lion’s share of its 11,000 industrial jobs.