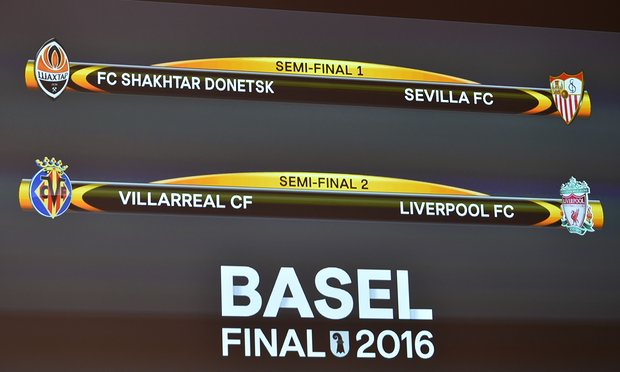 A screen shows the clubs that will be facing each other during the semi-final draw. (AFP Photo)

Liverpool, who hit back from 2-0 and 3-1 down to beat Klopp's former club Borussia Dortmund 4-3 and progress into the semis 5-4 on aggregate, have never played Villarreal before.

The final is set for Basel, Switzerland, on May 18.