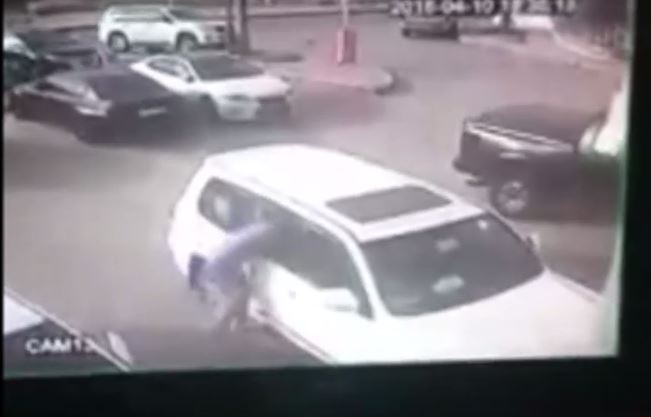 Riyadh: Closed Circuit Television (CCTV) surveillance cameras captured a thief as he was stealing from inside a car in Saudi Arabia.

The robber approached the Toyota Land Cruiser, which was parked in front of a building in Riyadh, and smashed the window before stealing a handbag and running away.

He was not aware that CCTV cameras had captured him until the video recording went online.