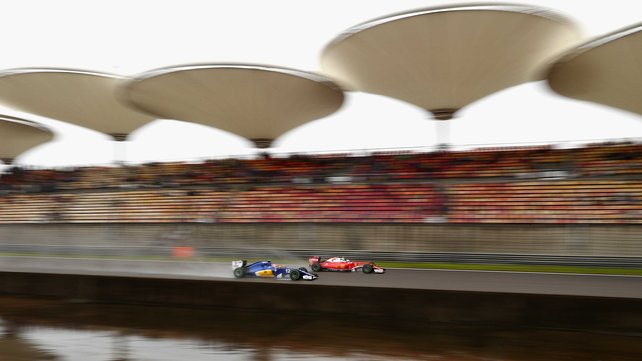 Shanghai: World champion Lewis Hamilton will start the Chinese Grand Prix from the back of the grid after failing to set a time in qualifying on Saturday due to engine problems with his Mercedes.

Hamilton, already carrying a five-place grid penalty for a change of gearbox, complained about a lack of engine power during the opening 18-minute phase of qualifying.

The Briton went out late in the session, which was interrupted by a 20-minute red flag stoppage following a crash for Manor rookie Pascal Wehrlein, but headed back into the pits again.

"These things are sent to try us and I am sure we will learn from it. It is just about trying to figure out the issue and making sure it doesn't happen again," Hamilton told Britain's SkySports.

"The car is quick, hopefully they get the issue fixed and we can have a race tomorrow."

Hamilton hasn't won a race since October's U.S. Grand Prix and trails team mate Nico Rosberg, winner of the opening two races of the season, by 17 points in the standings.

He arrived in China, where he has won a record won four races, hoping to turn the tide by racing to his third successive Shanghai win despite his gearbox penalty.