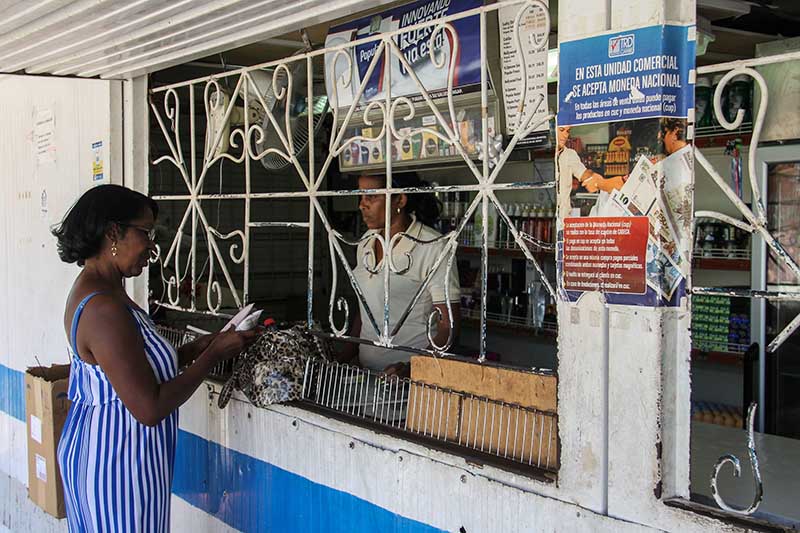 A woman buys from a store in Havana

“Cuba will never permit the application of so-called shock therapies, which are frequently applied to the detriment of society’s most humble classes,” he said in a speech opening the congress, which only takes place every five years and will stretch on for several days.

The congress comes less than a month after US President Barack Obama’s historic visit and with Havana normalising ties with the US, its longtime Cold War foe.

“The neo-liberal formulas that promote accelerated privatisation of state assets and social services such as education, health and social security will never be applied under Cuban socialism,” warned Castro, who formally took over from his ailing brother Fidel in 2008.

Castro, 84, defended the slow pace of change to the island’s economy, which has only cautiously and gradually opened up to some private entrepreneurship and foreign investment.

He again blamed Washington’s more than five-decade-old embargo on the island for its economic impact on Cuba, in remarks broadcast to the country’s 11.3 million people on state television.

The last congress, in 2011, introduced significant reforms of the island’s economy, cracking open the door to small-scale private enterprise and foreign investment.

The congress was expected to approve an economic and social development programme for the 2016-2030 period.