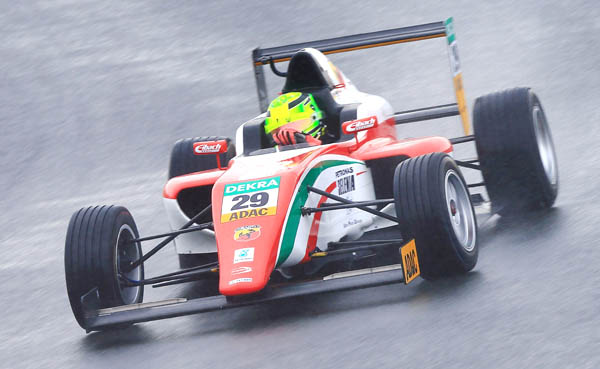 Having won both of his races on his Italian Formula 4 debut last Saturday in Misano, the teenage Schumacher finished 2.757 seconds behind winner Joey Mawson, 20, of Australia in the first of three races at the Oschersleben circuit near Hannover.

Schumacher Jnr is racing in both the Italian and German Formula 4 championships this season.

In Friday’s free practice, Mick Schumacher, who races for the Italian Prema Powerteam, had confirmed the solid impression he made in Italy by setting the fastest time.

Mawson, who races for Schumacher’s former team Van Amersfoort Racing, had qualified in pole with Schumacher Jnr fifth on the grid for yesterday’s race.