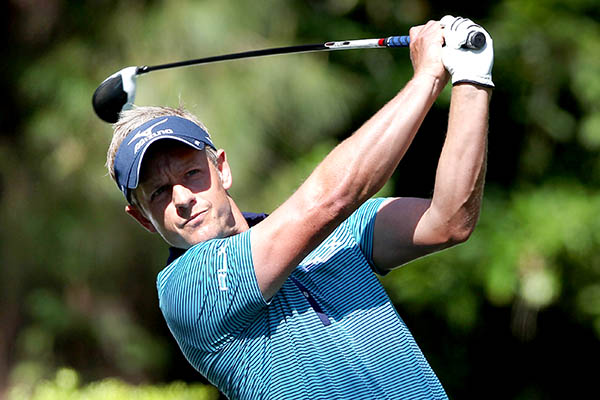 Los Angeles: Former world number one Luke Donald will try to end his run of near-misses at the RBC Heritage when he takes a one-shot lead into Sunday’s final round here.

Seven players are within three shots of the lead, but that doesn’t include current world number one Jason Day.

The overnight co-leader opened with a bogey and things went downhill from there. In a round that included a double-bogey at the third, he made six of his eight bogeys on the back nine en route to a 79 that left him tied for 40th.

Day said that when he knew he had shot himself out of contention, he concentrated on not distracting playing partner Kevin Chappell, who is seeking a first PGA Tour title.

“I really wanted to stay out of Kevin’s way,” Day said.

“I know that he really wants to win a tournament. He’s had two second-place finishes already this year. And my bad play, I just felt like it may have affected him.”

Indeed Chappell carded a four-over 75 that included two double-bogeys on the back nine to fall five shots off the pace.

He’ll have work to do with Donald and his closest pursuers setting their sights on what has proved an elusive title.

Donald has five top-three finishes without a victory at Harbour Town. Hoffman let a 54-hole lead get away in 2013.

“I haven’t been in this position as much as I would have liked the last couple of years,” said Donald,who hasn’t won on the US or European Tour since 2012 and is now ranked 95th in the world.

“But certainly I have been in this position many times, and I’ll draw from that.

“I know especially around this place, I think if there’s one tournament I’ve been in this position the most, it would be this one.”

Donald’s closest calls at Harbour Town came in 2011 – when Brandt Snedeker forced a playoff with a final-round 64 and won it with a birdie at the third extra hole – and in 2014, when Matt Kuchar chipped in from a bunker to win.

Hoffman has also endured Heritage disappointment. He led by two through three rounds in 2013, but shot a final-round 77.