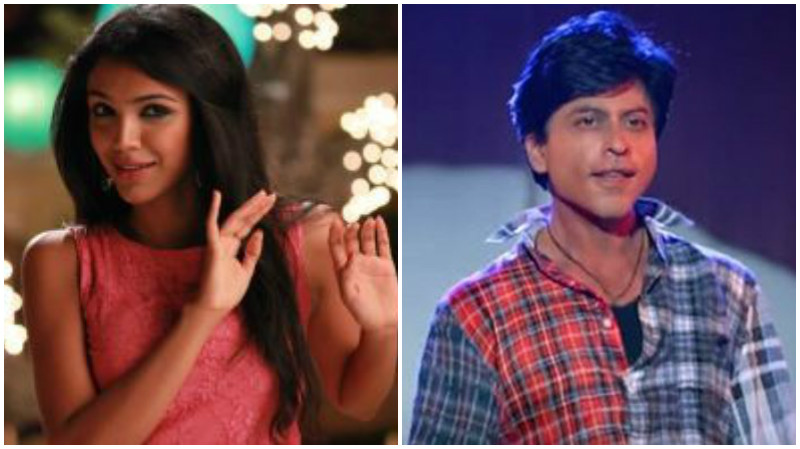 Mumbai: Actress Shriya Pilgaonkar is overwhelmed that the audience has stood up and took notice of her acting in "Fan", which features Shah Rukh Khan in double role.

Daughter of talented actors Sachin and Supriya Pilgaonkar, Shriya plays the role of Shah Rukh's love interest in the film.

"The reaction is overwhelming. Honestly, I did not want to have any expectation because it was a small role and we had two Shah Rukhs in the film but I am so happy that everyone took notice and has acknowledged my performance," Shriya told PTI.

Directed by Maneesh Sharma, "Fan" features Shah Rukh as an obsessive fan Gaurav and the object of his obsession, superstar Aryan Khanna.

Shriya was auditioning for other projects for Yash Raj Films, and not specifically for "Fan", when she got a call that she has been selected for the part, for which nearly 750 girls had auditioned.

"When I got to know I will be starring opposite Shah Rukh, I was speechless. One part of me wanted to scream 'yes yes yes!' and the other part knew it was a big decision and wanted to understand it," Shriya said.

"Maneesh was very honest about the part. He told me it is not a typical debut, it is a small role. But I knew whatever screen time I had, I needed to make the most of it," she added.

The young actress made her Marathi film debut in 2013 with "Ekulti Ek" which was directed by her father.

For "Fan", Shriya was paired for the first time opposite a big star but she was not nervous as five years ago, the actress had a chance to meet with Shah Rukh while working on a short film and the ice was broken.

Having worked with the 50-year-old actor now, Shriya bonded with Shah Rukh over books, long conversations and got to know the real person behind the superstar.

"During the film, I was able to witness the process of why Shah Rukh Khan is Shah Rukh Khan. When we were shooting in Delhi in a real locality, people were chanting his name so much that we could barely hear our dialogues.

"It was a very special experience to see how a superstar takes everything around him-- the euphoria and madness-- and still finds the silence to perform. I got to know the person behind the star. He is definitely the chosen one."

Shriya shot "Fan" along with her French film, "Un plus Une". Interestingly, the actress has also appeared in her parents cult show "Tu Tu Main Main" in the role of the neighbourhood boy Bittu.

Having made her debut in Marathi, Hindi and French films, the actress quips she does not know which language she will make her next debut in, but wants to sharpen her skills and also concentrate on directing short films.