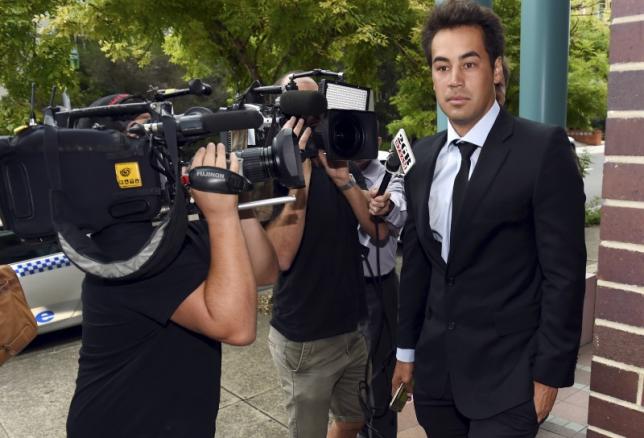 The charges related to a match Lindahl played against a junior in a low-level Futures tournament in northeastern Queensland state.

Lindahl's opponent was approached by a third party before the game but rejected the offer and reported it to a match official, the court was told earlier.

It was alleged by the police prosecutor that Lindahl advised two other people that he was going to "tank" the match, and by providing that information, they were able to place bets, state broadcaster ABC said.

A local betting agency suspended wagering on the match when it noted an unusually high number of bets.

Lindahl, whose singles ranking peaked at 187 in 2010, and his opponent were interviewed by the Tennis Integrity Unit (TIU) before the matter was referred to police.

The court was told Lindahl had not received any personal benefit from the crime, ABC said.

Tennis has been reeling over match-fixing allegations since media reports in January accused the TIU of failing to adequately investigate 16 players repeatedly flagged over suspicions they had thrown matches in the past decade.

The TIU denied the reports but later announced an independent review panel would investigate the allegations and the effectiveness of its existing procedures.