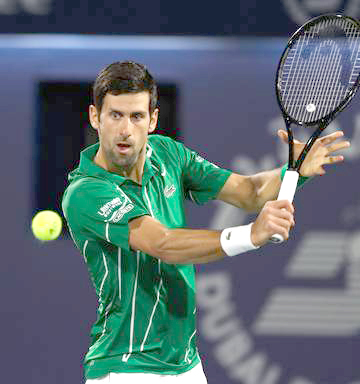 PARIS: Novak Djokovic already would have been closely watched in Paris — he is, after all, ranked No. 1 and seeded No. 1 and won five of seven Grand Slam tournaments to raise his total to 17 major titles, closing the gap with Roger Federer (20) and Rafael Nadal (19).

Now Djokovic’s every emotion could be scrutinized at a tournament he won in 2016, because it his first Grand Slam appearance since getting disqualified at the U.S. Open this month for accidentally hitting a line judge with a ball hit in anger after dropping a game in the fourth round.

“That’s something that is obviously staying in my mind after what happened in New York. It’s going to stay there for a long time. Of course, I will make sure I don’t make the same mistake twice. It happened. Whatever happened, happened. I had to accept it and move on. Of course, it was a shock for me and a lot of people. But that’s life, that’s sport. These things can happen,” Djokovic said Saturday.

“But I don’t think that this will have any significant negative impact on how I feel on the tennis court.”