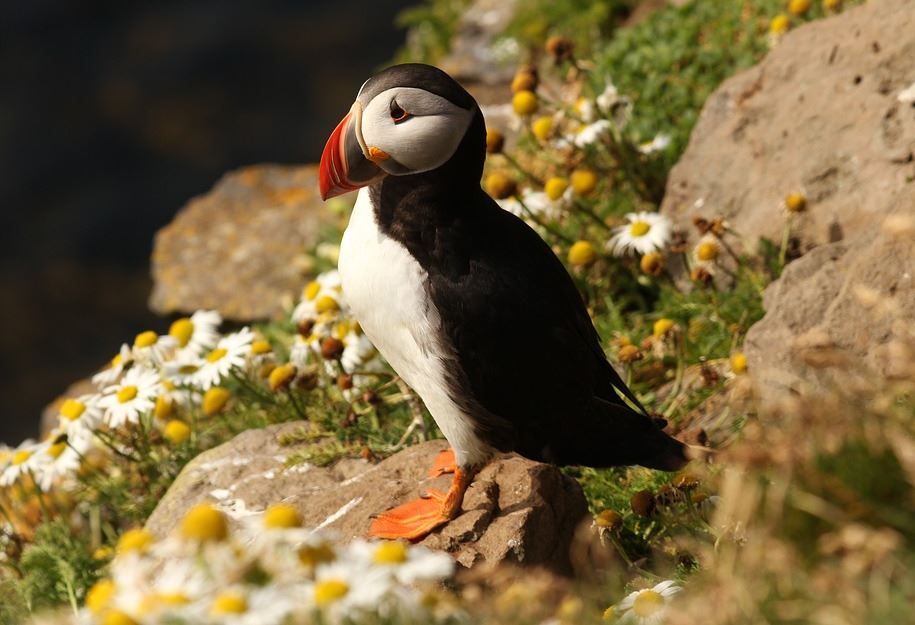 Ornithologist Stephen Kress, who has led a nearly 50-year mission to restore colonies of Atlantic puffins on islands in Maine revealed his first decoy experience to CNN in a report for Call to Earth.

The Atlantic puffin colonies were all but destroyed by hunters in the late 1800's, but Mr Kress's longstanding fascination with the birds developed into Project Puffin.

"I was totally amazed from the moment I first saw them," he told CNN.

“My mission in life has been to learn more about the ocean birds... And do what I can to help them survive into the future.”

Back in the 1970’s, Kress had observed that puffins nested in colonies, so he placed wooden decoys of puffins off the coast of Maine to help the birds feel safe amongst their own kind.

“I began trying to think like a puffin, and I realised that if young puffins did remember this island, maybe they wouldn’t come ashore because they were too timid… That decoy experience was the first beginning of what we now call social attraction... Those techniques sort of give birds a little encouragement to start the nucleus of a new colony.”

Project Puffin says there are now around 1,300 pairs of puffins nesting on five different islands in the Gulf of Maine, all thanks to his pioneering methods.

Likewise, the concept of social attraction, in which scientists use decoys, audio recordings and mirrors to simulate the presence of other members of the species, have benefited at least 42 seabird species in 14 countries.

Climate change is the biggest threat to his life work, said Mr Kress who retired from Project Puffin in 2019.

“As the water warms, the fish become less available for the puffins.

"They move to deeper, colder water or they move further from the islands and the puffins can't bring home enough food... We have to stay hopeful. We have to stay creative. But we can’t be complacent either. Nature is very resilient, give it a chance. We’ve seen what can happen, this is an example of resilience with a lot of care.”