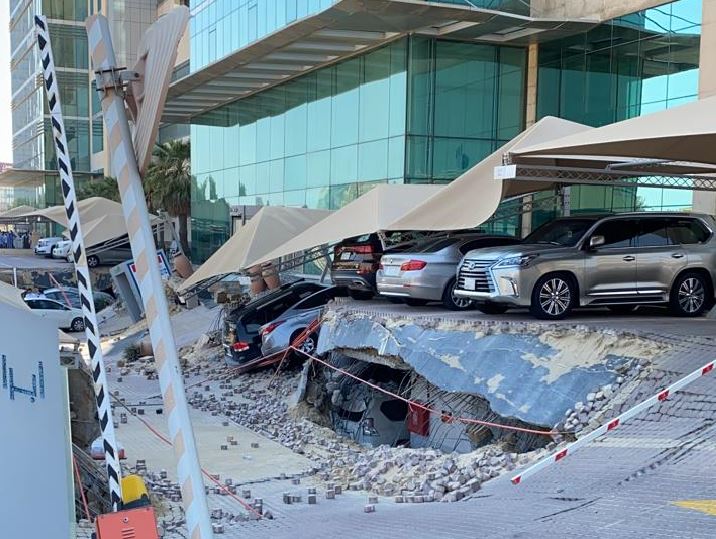 Riyadh: A man in Saudi had a miraculous escape when he survived the frightening collapse of a car park near a commercial tower in Khobar, eastern Saudi Arabia.

The cause of the collapse, which caused heavy damage to a majority of cars parked near the tower, was not yet known.

The incident, which took place on Sunday according to the time stamp on the video, showed eyewitness engineer Abdullah Abu Habla narrowly escaping death.

'My rescue, thanks to God, and then thanks to the prayers of parents, I was on my way to a meeting outside the building in which I work, and I went to my car that was in the basement, and as I walked in the half stairs to the parking lot in the basement I felt strong air pressure rising from the basement, and I sensed a gust of air, which seemed to be the beginning of the collapse of the roof, so I ran out of the place at that time,' he told Ya Hala programme.