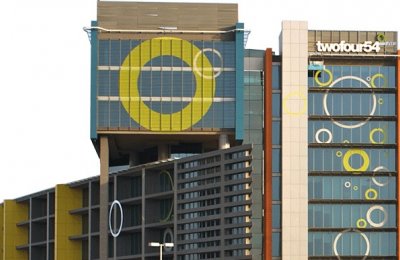 twofour54
To build a gaming ecosystem in the UAE’s capital, twofour54 and Media Zone Authority (MZA) have launched a range of 57 new licence categories that cater to a broad spectrum of gaming and e-sports companies and freelance creative professionals.
The new licences for game developers and publishers, eSports companies, and virtual and augmented reality providers will allow a range of gaming and eSports companies to set up their business at twofour54, Abu Dhabi’s media and entertainment hub. This announcement will make twofour54 the first free zone in the region to offer dedicated e-sports licensing for the burgeoning industry.
Michael Garin, CEO of twofour54, said: “The gaming industry has seen consistent growth over the past few years, and the pandemic has accelerated this trend to the extent that global revenues are expected to surpass $200 billion by 2023. twofour54 believes gaming and esports is the future for the media and entertainment industry and will continue to be the champion for building the gaming ecosystem in Abu Dhabi. We look forward to welcoming more gaming companies to our impressive roster of innovative SMEs and multinationals through the new range of business licences.”
In addition to the dedicated gaming licenses for businesses and freelancers, MZA also announced 22 new categories for creative freelancers, including artists, musicians, videographers and writers, and 13 new digital categories for business.
Saarah Badr, Director of Legal and Regulatory Affairs at Media Zone Authority said: “The new license categories have been created to follow the growth in the creative, gaming and digital industries. Over the past few months we have seen a significant rise in the freelancer community at twofour54, with over 340 freelancers joining our talented network since January this year. Following extensive research and communication with the wider twofour54 community, we are pleased to announce these new categories that will provide continued support to these expanding sectors.”
In September this year, twofour54 announced a partnership with Unity Technologies, the world’s leading platform for creating and operating interactive, real-time 3D (RT3D) content, which will see a gaming Centre of Excellence established in Abu Dhabi. The Gaming Hub will play a critical role in the AD Gaming initiative, providing the region’s game development industry with unparalleled on-the-ground support and a physical home where local start-ups and students can learn the skills needed to succeed in the gaming industry. -- Tradearabia News Service