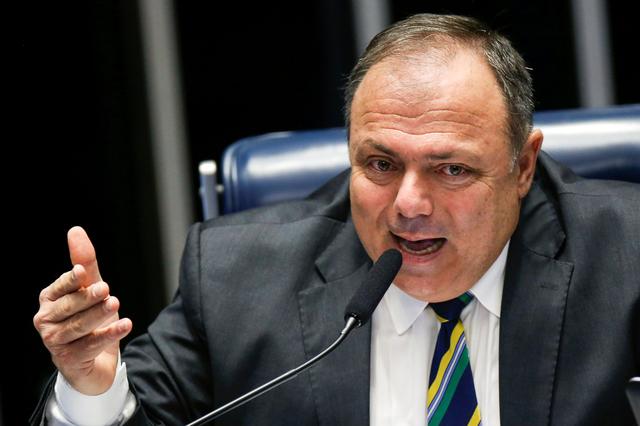 A coronavirus variant identified in the Brazilian Amazon maybe three times more contagious but early analysis suggests vaccines are still effective against it, the country’s health minister said on Thursday, without providing evidence for the claims.

Under pressure as the variant hammers the jungle city of Manaus with a devastating second wave of infections, Health Minister Eduardo Pazuello sought to reassure lawmakers that the surge of recent months was unexpected but coming under control.

He also told a Senate hearing that Brazil would vaccinate half its eligible population by June and the rest by the end of the year — an ambitious target as the country has barely guaranteed doses for half the population.

Brazil began immunisations with vaccines made by China’s Sinovac Biotech and Britain’s AstraZeneca about three weeks ago. Pazuello did not explain how their effectiveness against the Manaus variant was analysed.

“Thank God, we had clear news from the analysis that the vaccines still have an effect against this variant,” Pazuello said. “But it is more contagious. By our analysis, it is three-time more contagious.”

The Health Ministry, which has not provided information about any such analysis, did not immediately respond to a request for more information.

The Butantan Institute in Sao Paulo, which has partnered with Sinovac to test and produce the Chinese vaccine, said in a statement that it had begun studies regarding the Manaus variant but would not have a conclusion for two weeks.

The Fiocruz biomedical centre in Rio de Janeiro, which has partnered with AstraZeneca to fill and finish doses of its vaccine developed with Oxford University, said it is studying its efficacy against the Amazon variant, sent samples to Oxford and is awaiting results.