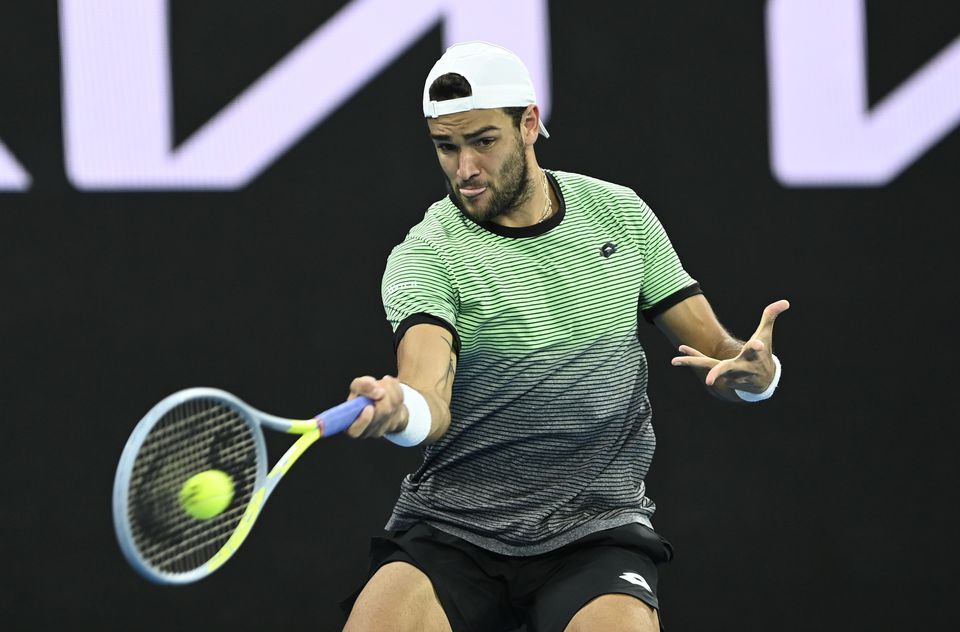 Italy's Matteo Berrettini in action during his third round match against Russia's Karen Khachanov. (Reuters Photo)

Matteo Berrettini withdrew from his Australian Open fourth-round match against Greek Stefanos Tsitsipas on Monday due to an abdominal strain.

The Italian ninth seed suffered the injury during his win against Russian Karen Khachanov in the third round on Saturday. He had a medical time out during the match but was able to continue.

The 24-year-old was "really sorry" to withdraw but said it was not worth aggravating his injury.

"I felt something on my ab. I thought that wasn't something really big, but the next day when I woke up I felt it was big," said Berrettini, who had been due to play Tsitsipas in the final match at Rod Laver Arena on Monday.

"So I spoke to the doctors and they told me I can get really worse, so it's not worth the try. Obviously I'm not 100%. So to beat these guys you have to be 100%. I think it's not really professional to step in when you're not the best."

The walkover sent fifth seed Tsitsipas into the next round where he will meet Spain's Rafa Nadal for a place in the last four of the year's opening Grand Slam.