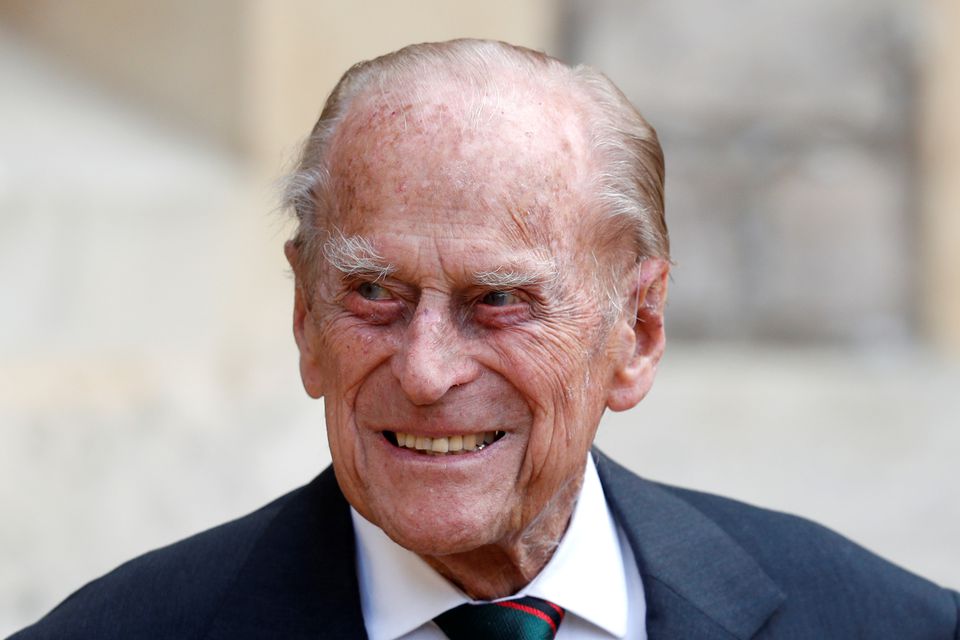 FILE IMAGE: Britain's Prince Philip takes part in the transfer of the Colonel-in-Chief of the Rifles at Windsor Castle in Britain July 22, 2020. The Duke of Edinburgh will step down from his role as Colonel-in-Chief for the Rifles after 67 years of service. (Reuters Photo)
Britain's Duke of Edinburgh, Prince Philip, is likely to remain in hospital until next week, a royal source said on Friday, adding that doctors were acting out of an abundance of caution and the duke remains in good spirits.
Queen Elizabeth's 99-year-old husband was admitted to hospital on Tuesday as a precautionary measure after feeling ill with an ailment that is not related to COVID-19.
"Following consultation with his doctor The Duke of Edinburgh is likely to remain in hospital for observation and rest over the weekend and into next week," the source said.
"As we have said previously the doctor is acting with an abundance of caution. The Duke remains in good spirits."
Both Philip and the queen received their first dose of the COVID-19 vaccine in January