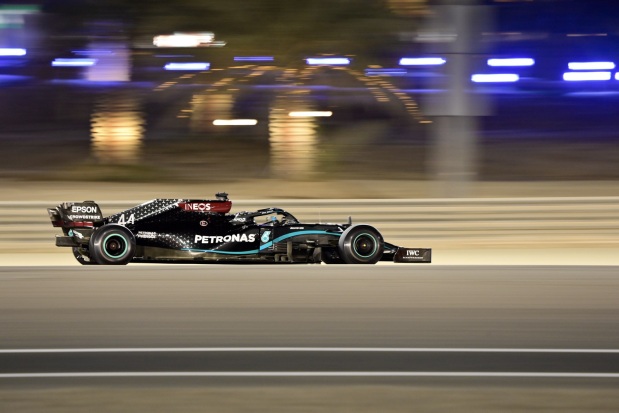 Previous racing action at the BIC

Bahrain is set to stage the Formula 1 pre-season testing for the first time since 2014, in addition to the first race of the season.

The Bahrain International Circuit (BIC) confirmed in a statement that ‘The Home of Motorsport in the Middle East’ will be the site for the testing from March 12 to 14, ahead of the start of the 2021 F1 season.

“It’s always a great honour to be able to host pre-season testing and to be part of the excitement in the build-up to the new season,” BIC chief executive Shaikh Salman bin Isa Al Khalifa said.

“We thank F1 and all the teams for offering us this opportunity. We look forward to welcoming the F1 family back to Bahrain in just a few weeks for the test and then hosting the season-opening Grand Prix shortly after.”

The news comes as teams have been busy preparing their car launches ahead of the new season. Earlier this week, McLaren became the first time to reveal its 2021 challenger, the MCL35M, powered this year by a Mercedes engine instead of a Renault unit.

With ex-Renault driver Daniel Ricciardo taking the seat of Carlos Sainz, who has moved to Ferrari, the team is aiming this year to beat its record of third place in the 2020 Constructors’ Championship.

AlphaTauri’s AT02 will be making its first public appearance tomorrow, with Formula 2 star Yuki Tsunoda set to join Pierre Gasly on the grid this season.

Alfa Romeo will be unveiling the C41 in the Polish capital of Warsaw on February 22 and will be one of a handful of teams keeping the same drivers as last year, Kimi Räikkönen and Antonio Giovinazzi.

Alpine, formerly Renault, and Mercedes are set to unveil the A521 and W12 E Performance, respectively, on March 2.

Fernando Alonso is set to return to Alpine after being discharged from hospital earlier this week after recovering from a cycling accident. He will join Esteban Ocon who drove for the team last year alongside Ricciardo.

Eyes will on Mercedes, because as Constructor champions, their car usually sets the pace for the season and also since their Dual-Axis Steering (DAS) wheel system, which was arguably their edge last year, will not allowed this season, according to the FIA. World champion Lewis Hamilton and Valtteri Bottas will continue to drive for the Silver Arrows.

Williams will showcase their FW43B, the same as last year, on March 5 as they face their first season without a Williams’ family member at the helm, after Claire stepped down from her leadership role late last year. The team will also retain its previous drivers, Nicholas Latifi and George Russell, who is rumoured as being groomed to join Mercedes in 2022.

Ferrari will be unveiling the SF21 on March 10, resting its hopes for the next two seasons on the new car, after an underperforming 2020 season, which saw the exit of Sebastian Vettel. This year, Charles Leclerc and Carlos Sainz will be taking the wheel at the Prancing Horse.

Red Bull and Haas have yet to announce when they will unveil their new cars.

The 2021 season of F1 is set to kick off on March 26 at the BIC, with the Bahrain Grand Prix scheduled for March 28. It has still undecided whether the option of making it another double-header in the kingdom will be requested by Formula 1 owner Liberty Media.