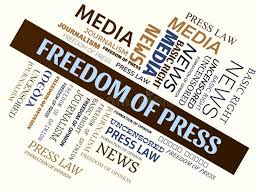 I APPLAUD Parliament Speaker Fowzia Zainal for organising a meeting with representatives of the Press and social media influencers to mark the 20th anniversary of the launch of the National Action Charter. During the meeting, she stressed the pivotal role played by newspapers and social media accounts and praised the strenuous and tireless efforts they make in highlighting Bahrain’s bright aspects as well as point out any shortcomings, with the aim of upgrading and raising the profile and flag of the country .