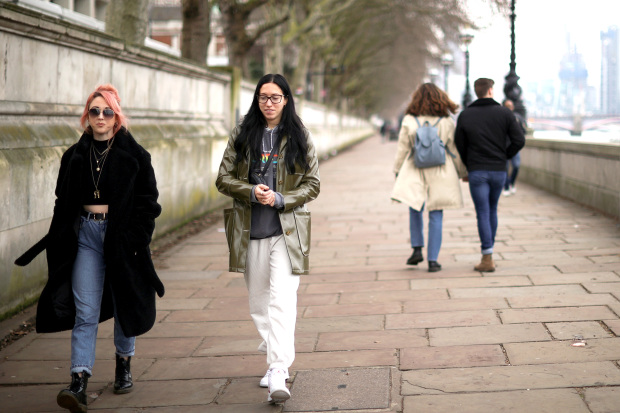 People walk along the River Thames in London yesterday

LONDON: Prime Minister Boris Johnson yesterday unveiled a map out of lockdown for England that would keep some businesses shuttered until the summer, saying caution was necessary to ensure there were no reversals on a “one-way road to freedom”.

After imposing one of the strictest lockdowns in the Western world in January to counter a highly contagious variant of the coronavirus, Johnson said Britain was now in a position to enjoy the fruits of one of the world’s fastest vaccine programmes.

Starting in two weeks with the reopening of schools, the phased plan will go through four stages, with at least five weeks in between each stage. The final step, when most restrictions will be lifted, will not start until June 21 at the earliest.

Britain and the world would not eliminate Covid-19 altogether, Johnson said. “And we cannot persist indefinitely with restrictions that debilitate our economy, our physical and mental well-being, and the life chances of our children,” he told parliament.

“And that is why it is so crucial that this roadmap is cautious but also irreversible. We’re setting out on, what I hope and believe, is a one-way road to freedom.”

With almost 130,000 fatalities, Britain has suffered the world’s fifth-highest official death toll from the pandemic.

Under Johnson’s plan schools will reopen on March 8, freeing parents who have had to juggle work and home schooling.

At the end of March, a small number of people will be able to mix outdoors, but non-essential shops, and outdoor-only service in restaurants, will not reopen until April 12 at the earliest.