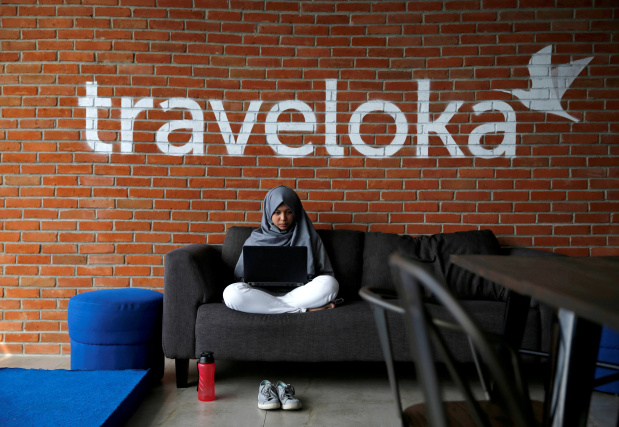 Singapore: Traveloka, Southeast Asia's largest online travel startup, plans to launch financial services in Thailand and Vietnam as it eyes a US listing through a blank-cheque company, its president said.

The nine-year-old Indonesian company, which counts Expedia and China's JD.com among its backers, is seeing a strong rebound in its business after the Covid-19 pandemic pummelled demand.

The company's president, Caesar Indra, told Reuters in an interview that Traveloka's Vietnam business had surpassed pre-Covid-19 levels, is nearly back to normal levels in Thailand, and is at half of pre-Covid level in Indonesia. "The worst has happened and now we're well prepared for 2021. Domestic travel is driving recovery," he said.

"The plan is to invest in fintech in a big way to allow more consumers to travel in the region," Indra said, adding that the travel business had returned to profitability in late 2020.

"We recently formed a joint venture with one of the largest banks in Thailand to collaborate in the fintech space," Indra said. Traveloka, which has smaller local rivals, is also talking to potential partners in Vietnam, but Indra declined to name the parties.

Traveloka's two-year old equivalent service in Indonesia, launched after the firm realised that customers would wait until their paydays to book travel, has already facilitated more than 6 million loans, Indra said.

Indra said the business potential was huge in Indonesia, Southeast Asia's largest economy, where only 6% of the population of 270 million has credit cards.

When asked whether Traveloka might buy a bank in Indonesia, like other start-ups, to expand its financial services, Indra said, "all options were on the table."

Traveloka, which has been preparing for a listing, is holding discussions with special-purpose acquisition companies, or SPACs, for a U.S. listing.

"U.S. markets have become more appealing because there's more and more appreciation of Southeast Asia as a flourishing region, and by listing in the U.S, we can also provide an opportunity for U.S investors to become part of Southeast Asia's growth story," Indra said.

Many SPACs, exchange-listed shell companies that raise money through IPOs and merge with firms by enticing them with shorter listing timelines, have approached Southeast Asian startups.

Bridgetown Holdings, backed by Asian tycoon Richard Li, Provident Acquisition and Cova Acquisition are contenders for Traveloka, with a potential valuation of up to $5 billion for the startup, a source said. The firms did not immediately respond to requests for comment made outside normal U.S. business hours.

Indra declined to comment but said an Indonesian listing remained an option. (