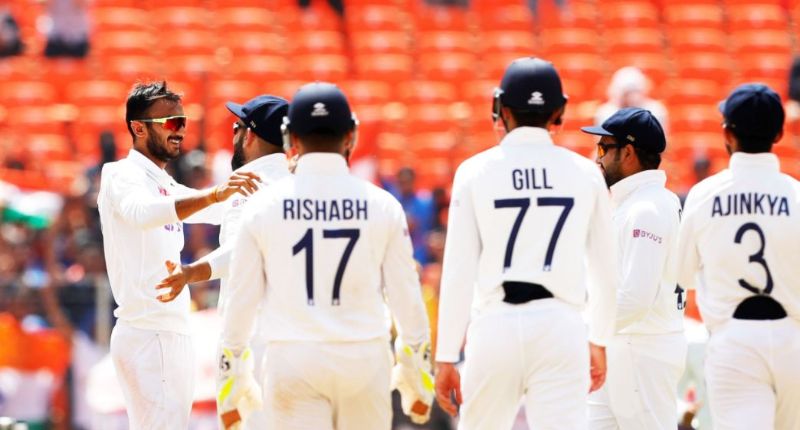 AHMEDABAD - England risked an innings defeat inside three days, and a potential 3-1 series loss, in the fourth and final test against India after their top-order collapsed in Ahmedabad on Saturday.

Having conceded a 160-run lead on day three of the contest, England needed a vastly improved batting performance in the second innings but were 91-6 at tea, still 69 runs behind.

Dan Lawrence was batting on 19 at the break, while Ben Foakes was on six.

Dom Sibley fell for three in bizarre manner, sweeping Axar Patel into Shubman Gill's body at short-leg with Rishabh Pant taking the catch after the ball ballooned up.

Washington Sundar was earlier left stranded on 96 not out but his century-plus partnership with Patel helped India post 365 in reply to England's below-par 205 in the first innings.

They treated seamers James Anderson with caution, reserving their aggression for the spinners.

Sundar hit off-spinner Dom Bess over his head for a six, while Patel charged down the track to subject left-arm spinner Jack Leach to a similar treatment.

The eighth-wicket partnership had yielded 106 runs before India lost their last three wickets in five deliveries with Sundar stranded on 96 not out.