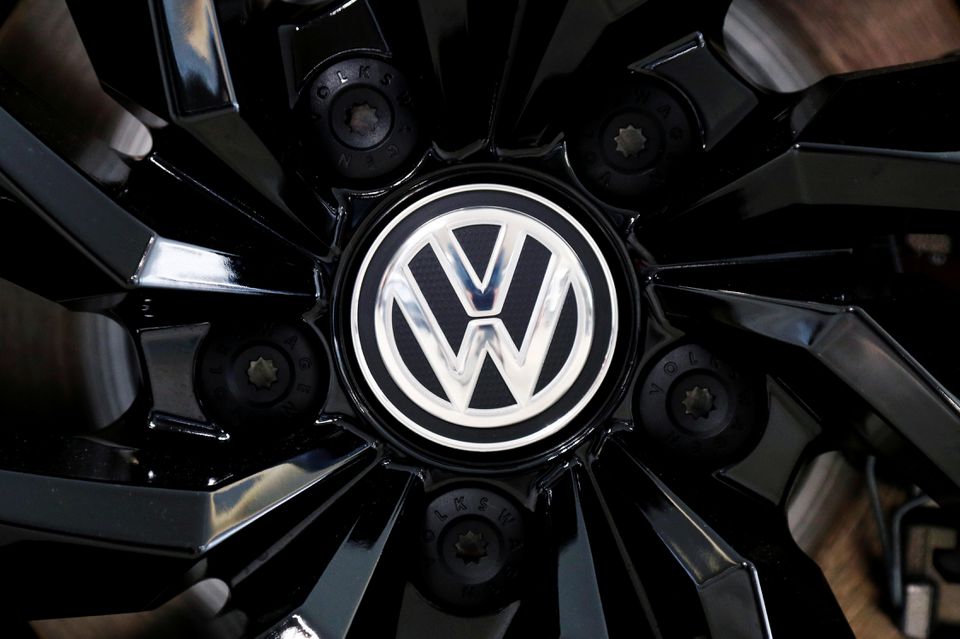 FILE IMAGE: The logo of German carmaker Volkswagen is seen on a rim cap in a showroom of a Volkswagen car dealer in Brussels, Belgium July 9, 2020. (Reuters Photo)

German carmaker Volkswagen said on Friday it plans to adjust some production over the Easter holiday period at its Mexican facilities.

There will be three days of inactivity on March 29, 30 and April 5 on production of Volkswagen's Tiguan model. March 29 and 30 will also be inactive days for assembly of the Taos model, the company's Mexican unit said in a statement.

Production on the Volkswagen Jetta will resume on April 20, the company added.

Volkswagen had announced production suspensions in Mexico for some of its models in February, including the Jetta, due to an ongoing shortage of natural gas. read more

The production schedule for the Jetta was also impacted by a global shortage of semiconductors, the company said.