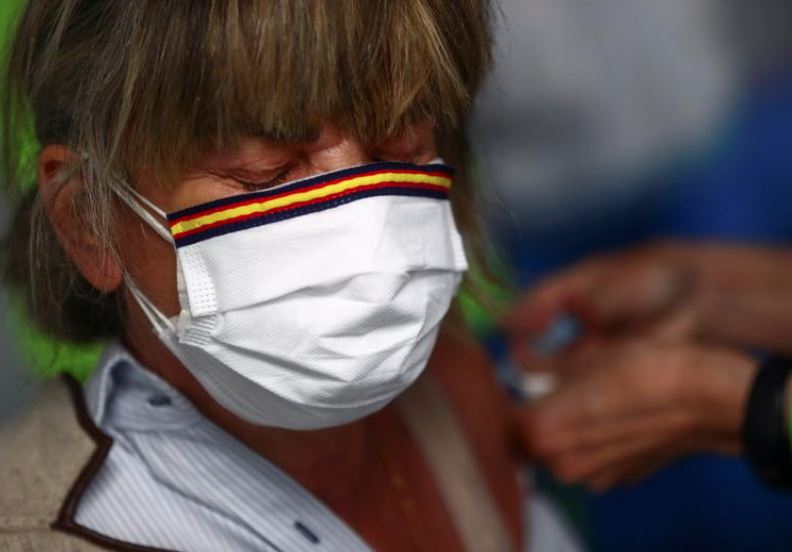 MADRID: Spain will initially prioritise people aged between 70 and 79 for vaccination with coronavirus shots produced by Johnson & Johnson’s Janssen unit, which are due to start arriving this week, its health minister said on Monday.

Spain will take a first delivery of 300,000 doses of the single-shot vaccine on Wednesday morning, Carolina Darias told reporters at Gran Canaria airport after a visit to the Spanish Canary Islands.

Johnson & Johnson began delivering its vaccine to EU countries on Monday after some delays due to production issues, European Union officials and the company said.

Following a sluggish start to its vaccination campaign, Spain is betting on a surge of deliveries in the second quarter to meet its target of inoculating half the population by July.

Between April and September the government expects 87 million vaccine doses. Second-quarter delivery volumes should exceed the January-March level by 3.5 times.

With most nursing-home residents and front-line medical staff fully vaccinated, and 90 per cent of people over 80 years old having received a first shot, the 70-79 age group is the next priority.

Boosting immunity among vulnerable populations is becoming an ever-more pressing issue as a new wave of contagion begins to gather pace.

On Friday Spain’s national infection rate as measured over the preceding 14 days hit 182 cases per 100,000 people, up around 50 points in three weeks, but well below January’s peak of 900.