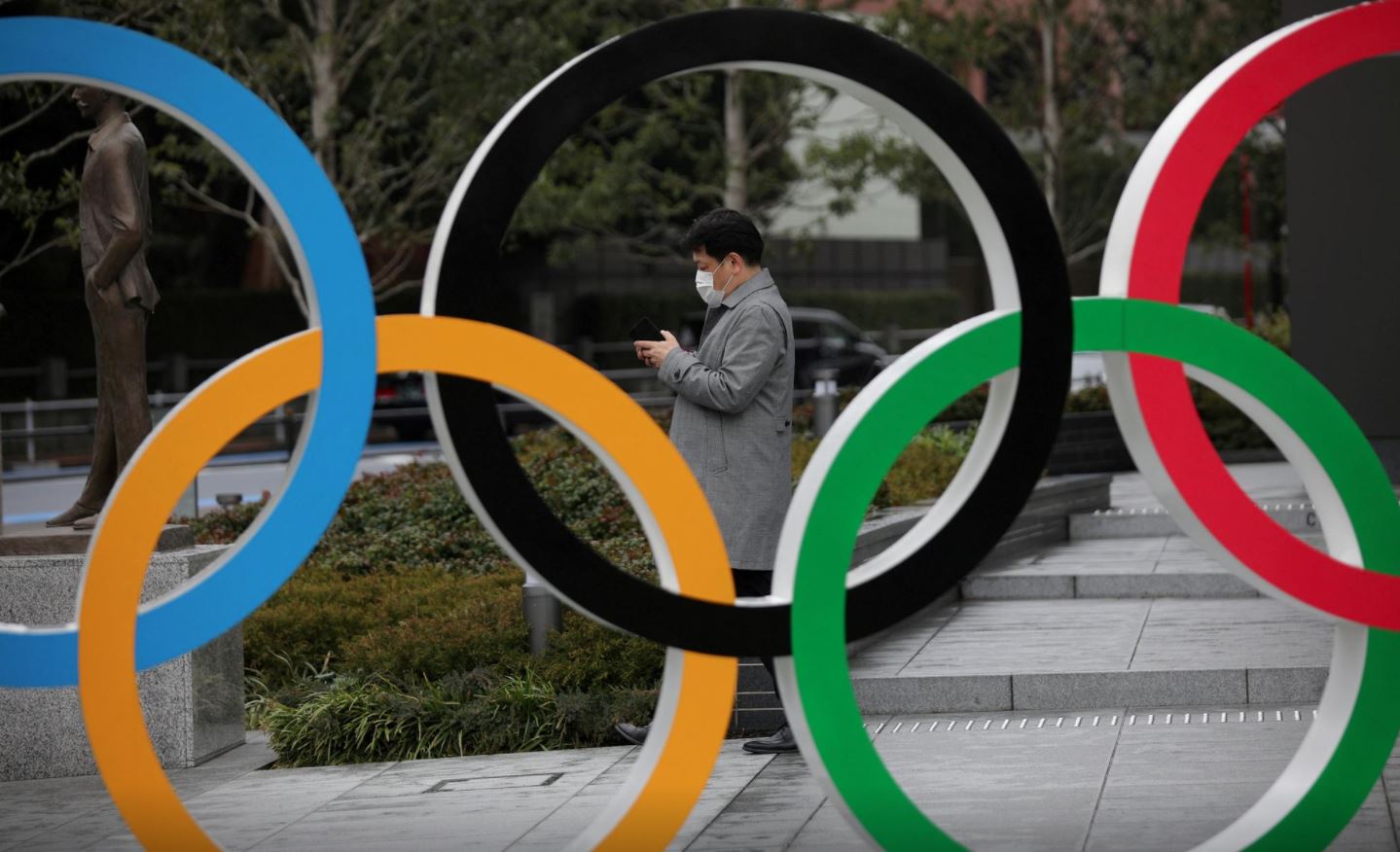 A man looks at his mobile phone next to The Olympic rings in front of the Japan Olympics Museum in Tokyo, Japan, March 4, 2020. (Image credit: Reuters)

TOKYO: A health adviser to Japan’s Olympic committee said on Tuesday athletes should have the option of getting Covid-19 vaccines, days after public outcry led the government to deny it was making them a priority.

Japan on Thursday had dismissed a media report that it was considering vaccinating all its Olympians by the end of June after the idea sparked a social media uproar amid a slow vaccine rollout for the rest of the population.

But on Tuesday, the adviser, Nobuhiko Okabe, told Reuters that although vaccines should not be an obligation, they should be available to the athletes who want them. Okabe is an infectious disease expert who helped guide Japan’s response to the H1N1 outbreak in 2009 and advises on its Covid-19 response.

“I think the recommendation should be to be immunized, particularly for the athletes,” said Okabe, who has held leadership roles in the World Health Organisation.

He said choices by individual athletes to refuse the vaccine for health or religious reasons “should be respected.”

About 1.1 million health care workers in Japan have received at least their first dose of Pfizer Inc-BioNTech’s vaccine.

Inoculations of the country’s sizable elderly population began on Monday, but some experts caution that shots for the general populace may not be available until late summer or even winter because of constrained supplies.

Okabe, who heads the Kawasaki City Institute for Public Health, also said Japan’s commercialisation and licensing hurdles involving drugs and medical products remain a “big problem,” as they could slow its response to health crisis such as pandemics.

Japan has approved only one Covid-19 vaccine so far and about 0.9 per cent of its population of 126 million has gotten at least one dose of Covid-19 vaccine, compared with 2.2 per cent in South Korea or 36 per cent in the United States, according to a Reuters tracker.