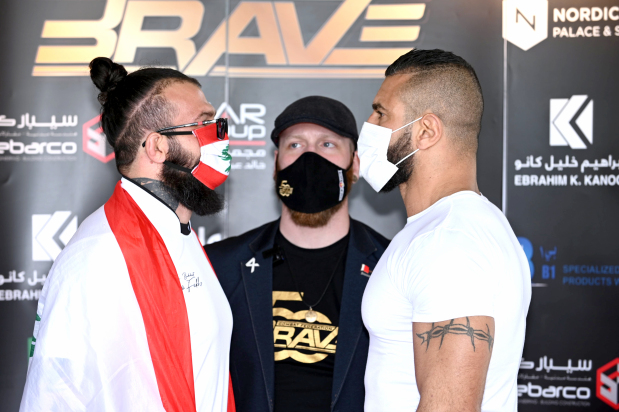 Mohammad ‘The Latest’ Fakhreddine has been bothered by the trash talk of Mohammed Said Maalem, following the cancellation of their fight at BRAVE CF 50. So much so that the middleweight champion has called out for a rebooking on BRAVE CF 51, recently announced to take place in Belarus, on June 4.

Maalem was visibly irritated when Fakhreddine was forced to cancel their fight during BRAVE CF 50, due to health issues. The light heavyweight contender went on the broadcast to explain his side of the story and then used social media to trash talk his rival.

Fakhreddine and his fans fired back with several call-outs and trash talk from the middleweight champ, which put their rivalry into a whole new level. And now, the Lebanese legend wants to settle things once and for all in Minsk.

Through his Instagram account, ‘The Latest’ plead with BRAVE CF to make the fight between him and Said Maalem happen and said to be eager to “shut this clown up’’ after the trash talk between both men ramped up in the days following the BRAVE CF 50 cancellation.

“Time to make this fight against Said Maalem and shut this clown up once and for all,’’ said Fakhreddine.

BRAVE CF 51 will make Belarus the 22nd country to host an event for the fastest-growing mixed martial arts organisation in the world, and will mark the promotion’s return to Europe, following the conclusion of four straight shows in Kombat Kingdom.