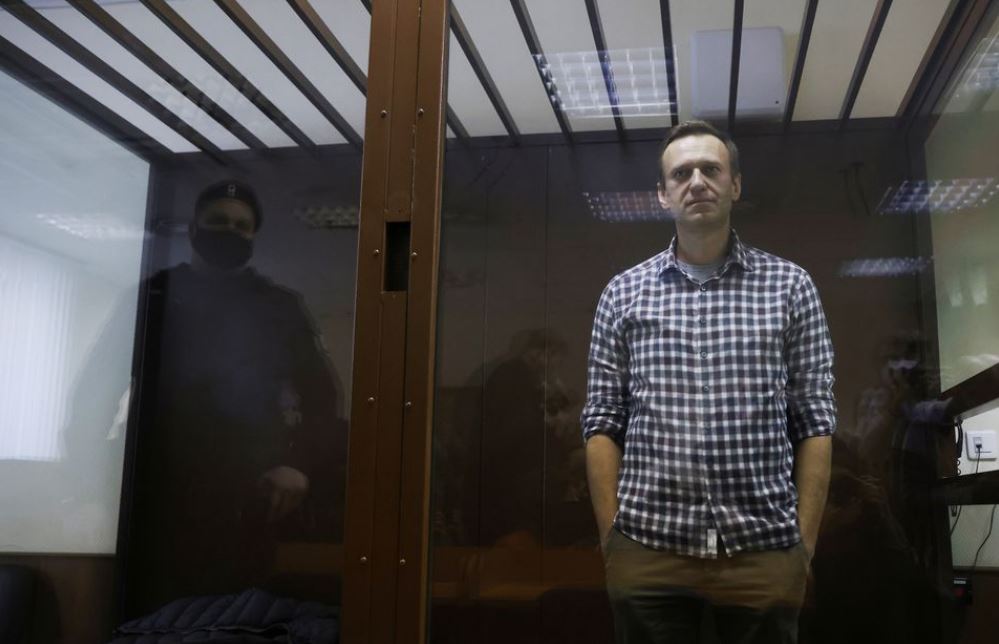 Prison doctors have decided to transfer Russia’s main opposition leader Alexei Navalny to hospital, its prison authority said on Monday, 20 days into a hunger strike that has brought international warnings of consequences should he die in jail.

Allies of Navalny, who have had no access to him since last week, said they were braced for bad news about his health. They are planning mass countrywide demonstrations later this week.

Navalny's case has further isolated Moscow at a time when US President Joe Biden's administration has announced tougher economic sanctions and the Czech Republic, an EU and NATO member, has expelled Russian spies, accusing Moscow of a role in deadly 2014 explosions at an arms storage depot.

Russia's prison service said in a statement that a decision had been taken to transfer Navalny, 44, to a regional prison hospital, although it did not make clear whether the transfer had already taken place.

It said his condition was "satisfactory" and he was being given "vitamin therapy" with his consent.

Ivan Zhdanov, head of Navalny's Anti-Corruption Foundation, called the move "a transfer to the same torture colony, only with a bigger hospital, where they take seriously ill people.

"So it can only be understood to mean Navalny's condition has worsened, and worsened in such a way that even the torturer admits it," he said on Twitter.

Navalny, an anti-corruption campaigner who achieved fame with viral videos cataloguing the vast wealth accumulated by senior Russian officials he brands "swindlers and thieves", is serving a two and a half year sentence on old embezzlement charges that he calls trumped up.

He was arrested on returning to Russia in January after recuperating in Germany from what German authorities say was poisoning with a banned nerve agent in Russia, which he and Western governments called an attempted assassination. The Kremlin denies any blame.

Navalny went on hunger strike on March 31 to protest against what he said was the refusal of the prison authorities to provide him treatment for leg and back pain. Russia says he has been treated well and is exaggerating illness to gain attention.

The United States has warned Russia of unspecified "consequences" should Navalny die in Russian jail. EU foreign ministers were due to discuss the case on Monday.

The Kremlin said on Monday it would retaliate against any further sanctions and rejected foreign countries' statements on the case. "The state of health of those convicted and jailed on Russian territory cannot and should not be a theme of their interest," spokesman Dmitry Peskov said.

Moscow has largely shrugged off international pressure since becoming a pariah to the West in 2014 when it seized Ukraine's Crimea peninsula and backed an insurgency in eastern Ukraine.

But the arrival of a new administration in Washington in January could change the calculus if Biden presses ahead with tougher sanctions than under former President Donald Trump.

Moscow expelled 20 Czech diplomats on Sunday in retaliation for the Czech Republic expelling 18 Russians at the weekend, after Prague accused Russia of a role in the arms depot blasts.

The Czech Republic said on Monday that Moscow's decision to expel more Czechs than it had expelled Russians was unexpected, and it called for a show of support from European allies.

The arms depot explosions in October and December 2014 came at a time when NATO was considering transferring Czech arms to Ukraine to help it fight Russian-backed separatists. Two people were found dead at the depot after the initial blast.

Prague said it had learned that two Russian agents, later accused by Britain of poisoning a former Russian spy in England, had been in the Czech Republic at the time of the blasts. Russia has denied any role.

Last week Russia also expelled 10 US diplomats in retaliation for US expulsions of Russians and tougher US sanctions imposed by the Biden administration. read more

Navalny's allies are calling for mass protests this week to save his life. The Russian authorities have banned such demonstrations, cracked down on organisers and so far succeeded in preventing a sustained opposition movement in the streets. Police said on Monday that people should not participate in banned demonstrations.

Navalny ally Lyubov Sobol said his friends were braced for bad news about his health.

"We don't know what happened to him over the weekend because the lawyers aren't allowed to visit him then," she told Ekho Moskvy radio station. "I think there is no hope we will receive good news about his health today. I think his state is really very close to critical, close to being very grave. Twenty days on hunger strike - that is an awful lot."