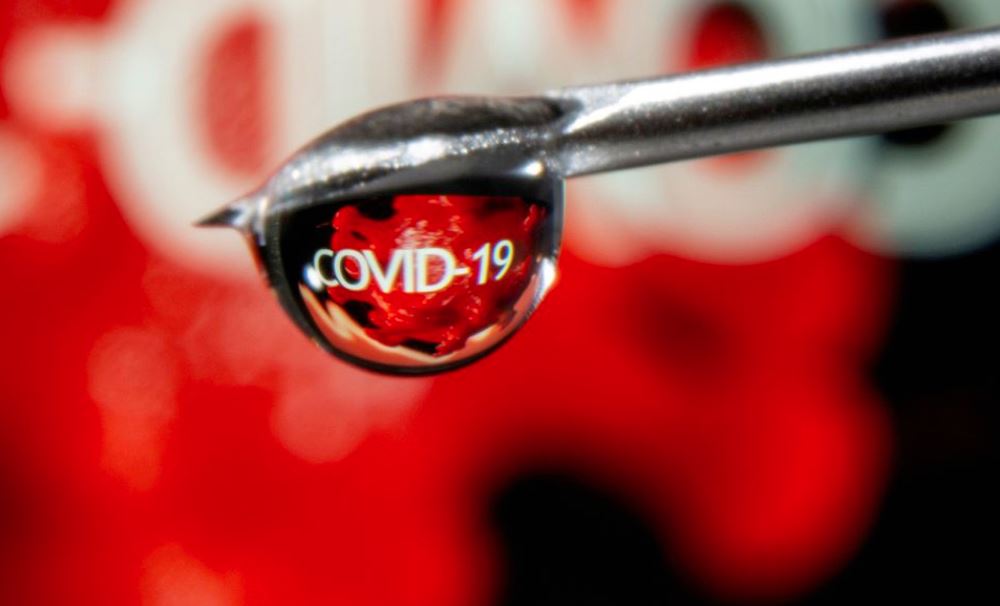 The word "Covid-19" is reflected in a drop on a syringe needle in this illustration taken November 9, 2020. (Image credit: Reuters)

An agreement between the United States and three of its closest Indo-Pacific partners to produce up to a billion coronavirus vaccine doses in India by the end of 2022 to supply other Asian countries is "still on track," senior US officials said on Monday, despite a surge of Covid-19 in India.

"It's moving forward expeditiously," a senior administration official told reporters in a briefing call, referring to the agreement last month between the leaders of the United States, India, Japan and Australia, a grouping known as the Quad.

A fact sheet issued after the countries held a virtual summit in March said the United States, through its International Development Finance Corp, would work to finance Indian drugmaker Biological E Ltd to produce at least 1 billion Covid-19 vaccine doses by the end of 2022.

It said Japan was in discussions to provide concessional yen loans for India to expand vaccine output, and the Biden administration said the doses would go to Southeast Asian countries, elsewhere in the Indo-Pacific, and beyond.

India had urged the other Quad members to invest in its vaccine production capacity in an attempt to counter China's widening vaccine diplomacy.

India has since become the latest epicenter of the pandemic, threatening to overwhelm its healthcare system. US President Joe Biden announced on Sunday Washington would immediately send raw materials for vaccines, medical equipment and protective gear to India to help it respond to a massive surge in coronavirus infections.

The White House said on Monday the United States would start to share up to 60 million doses of AstraZeneca Plc's coronavirus vaccine with other countries as soon as the next few weeks.