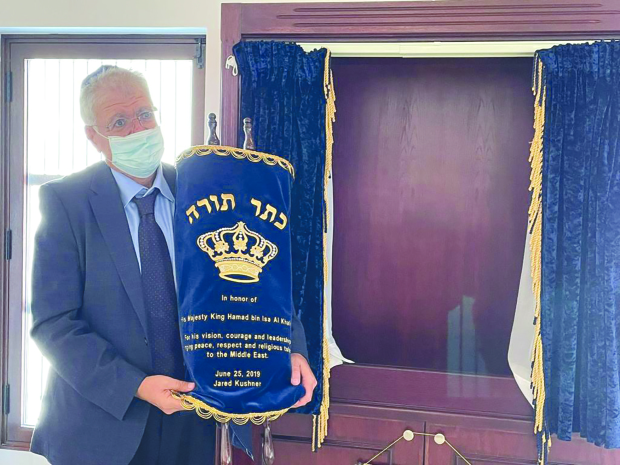 Mr Nonoo with the Torah scroll at the synagogue
THE Gulf’s only synagogue, in Manama, is now “fully operational” after a Torah scroll made in honour of His Majesty King Hamad was placed at the Jewish worship place yesterday.The scroll was presented to King Hamad last year by senior adviser to former US president Donald Trump, Jared Kushner, to replace the one that was stolen when the synagogue was ransacked in 1947 .