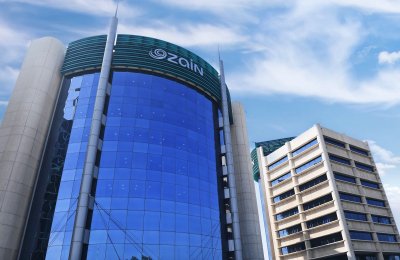 Zain Group, a leading mobile innovator with operations in seven markets across the Middle East and Africa, has generated a revenue of KD382 million ($1.3 billion) for the first three months along with a KD45 million ($147 million) net profit. It also served 48.5 million customers during this period.
Announcing its consolidated financial results for the first three months ended March 31, 2021, Zain said it generated consolidated revenue of KD382 million ($1.3 billion) for the first quarter, down 6% year-on-year (Y-o-Y).
Ebitda for the quarter reached KD158 million ($523 million), down 7% Y-o-Y, reflecting an ebitda margin of 41%. Net income for the quarter reached KD 45 million ($147 million), down 5% Y-o-Y reflecting an Earnings Per Share of 10 Fils ($0.03).
Significantly, Zain Group net income grew operationally by 4% Y-o-Y for Q1, 2021, when excluding the one-time gain from the sale and lease back of towers in Kuwait during Q1 2020, said the company in a statement.
For the three-month period, foreign currency translation was impacted mainly due to the currency devaluation in Sudan from 55 to 375 (SDG / USD) during end of February, and a 19% currency devaluation in Iraq from an 1,190 to 1,470 (IQD / USD), cost the Group $177 million in revenue and $66 million in ebitda.
Zain Group’s resilient results for Q1 were achieved despite the widespread disruption in economic and social activity caused by Covid-19, further compounded by the recent and significant currency devaluations in Iraq and Sudan, said the statement.
The impact of the pandemic on the business was minimal during Q1 ‘2020, given its early stage of spread at the time, however in Q1 2021 the impact was more profound, it added.
Commenting on the results, Group Chairman Ahmed Al Tahous said: "The board and executive management have been focused on minimizing the ongoing impact of Covid-19 and significant currency devaluations in Iraq and Sudan on the business."
"We are dedicated to ensuring our mobile networks are operating at optimal levels and providing meaningful connectivity to the communities we serve. I would like to thank all the government entities and regulatory authorities across our markets for their proactivity and cooperation with the telecom sector at large, in supporting operators, mobile consumers and societies during these times," he noted.
Bader Nasser Al Kharafi, Zain Vice-Chairman and Group CEO said: "The group’s resilient performance for the quarter reflects the reality of the unavoidable combination of both Covid-19’s ongoing disruption on socio-economic activity and the impact of currency devaluations on the business."
"Nevertheless, our culture of innovation has been invaluable at this time of rapid change, and our business continuity strategy has been executed impressively to counter these factors. Management has proactively undertaken numerous decisive digital transformation and cost optimization initiatives while maintaining healthy cash flows, and both Zain Iraq and Zain Sudan have recently taken measures in dealing with currency devaluations by revamping prices and offering new attractive data monetization packages," he noted.
Al Kharafi said: "Given the limitations on mobility, locally and travel abroad, we have continued to play a key role in keeping people socially distanced while remaining connected and productive during the current learning and working from home environment. All Zain operations’ response to these modified circumstances has been nothing but exemplary."
"We implemented additional digitalization initiatives to better serve businesses, governments, and communities, granting them increased digital access to everyday life and essential medical and commercial services, aiming to lessen the impact of the pandemic on the societies we serve," he added.-TradeArabia News Service