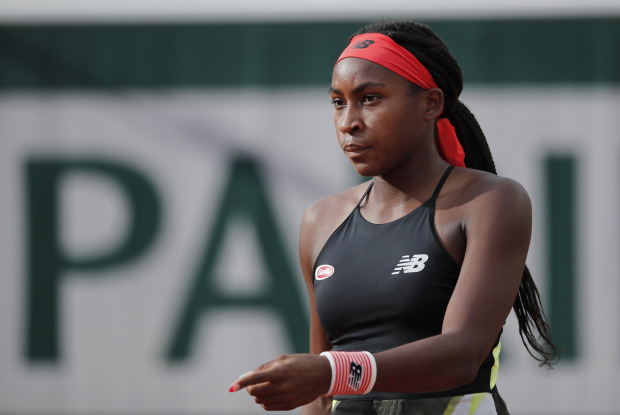 Paris: Teenager Coco Gauff reached the last 16 of the French Open for the first time after fellow American Jennifer Brady quit with a foot injury having lost the first set 6-1 on Saturday.

The 17-year-old was in complete command as she won the first set in 23 minutes, with only one unforced error to her name.

Australian Open runner-up Brady then asked for medical assistance and decided that she could no longer continue.

"I have been struggling since Rome. I pulled out of the tournament there second round because I have a pretty bad foot injury, playing in a lot of pain," she said.

"I actually was considering not even playing here. Just up until the day before. I was, like, might as well give it a shot. Today, I woke up and it was just worse. I couldn't really play my game. Moving about 20%."

Gauff, who has now reached the last 16 of three of the four Grand Slams, will face Tunisian 25th seed Ons Jabeur.

Her win means there are four American women in the fourth round, with Serena Williams, Sloane Stephens and last year's runner-up Sofia Kenin also through.