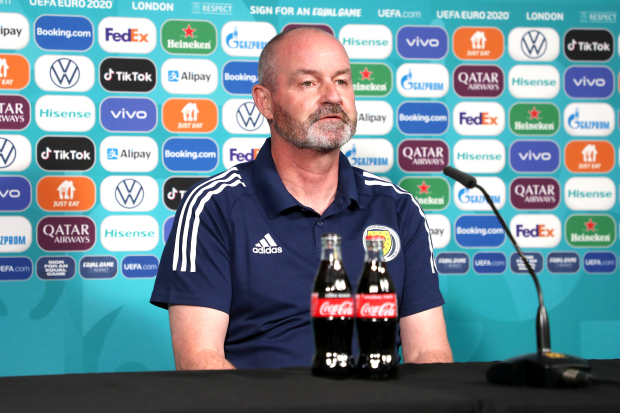 LONDON: Scotland defender Kieran Tierney is fit and available to start against England tonight, manager Steve Clarke said ahead of a crucial match at Wembley that could make or break Scottish hopes at Euro 2020.

Scotland defender Kieran Tierney is fit and available to start against England tonight, manager Steve Clarke said ahead of a crucial match at Wembley that could make or break Scottish hopes at Euro 2020.

The Arsenal full back sat out Scotland’s opening 2-0 defeat by the Czech Republic in Group D on Monday with what Clarke described as a niggle, and his presence was missed at Hampden Park as the Czechs left the home side deflated with a clinical victory.

Scotland, playing in their first major tournament since the 1998 World Cup, are under pressure coming into the game against England and know defeat could crush their hopes of making the last 16.

Clarke, who received criticism from fans for his team selection against the Czechs, said he knows his side to face England.

“Everybody is fit and available including Kieran,” Clarke told reporters yesterday.

“He has trained fully for the last two days so he is available for the whole game.”

Scotland, who have never reached the knockouts in a major tournament, missed a string of chances in their opening defeat with Lyndon Dykes, preferred up front to the more mobile Che Adams, guilty of squandering perhaps their best opportunities.

Clarke said his side had worked during the week on improving their finishing and composure in front of goal, although he did not believe they would be overawed by the magnitude of the occasion, facing an England side who beat Croatia 1-0 in their opener.

“I’ve got good professionals in the squad,” he said.

“They are used to playing in big matches and big players like to play in big games and they don’t come bigger than this one.”