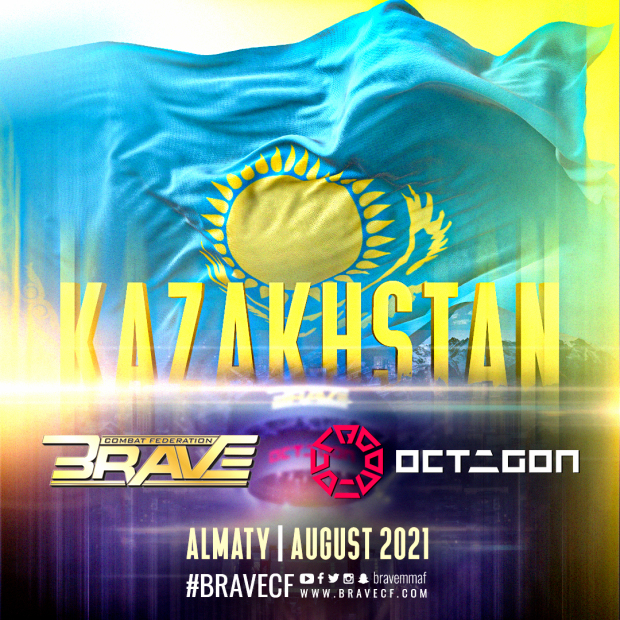 BRAVE Combat Federation, the truly global mixed martial arts promotion, has announced its return to Asia, with a second event in Kazakhstan.

In conjunction with Octagon League, BRAVE CF will host an event in Almaty in August, officials revealed yesterday.

BRAVE CF president Mohammed Shahid expressed his delight at the return to one of Central Asia’ hottest MMA spots and promised the deal with Octagon League would provide an unforgettable show for fans around the world.

“Our mission since day one is to develop the sport of mixed martial arts in every country that we go to. We are excited to be back in Kazakhstan to unearth more talents and give them the opportunity to be the next big star of the sport. I’m excited for the partnership with Octagon League, and we can expect this event to represent the very best BRAVE CF has to offer. It will be a night that fans will not want to miss,” Shahid said.

The exact date of BRAVE CF’s return to Kazakh soil will be revealed in the coming days, as the organisation has steadily signed some of the best available talent in Kazakhstan, with Azat Maksum, Asu Almabaev, Nurzhan Akishev, and Rinat Sagyntay all signed to exclusive deals.

The organisation made its first foray into the Central Asian nation in April 2017, staging BRAVE CF 6, also in Almaty. It was headlined by future BRAVE CF super lightweight world champion Eldar Eldarov, who stopped Brazilian opponent Henrique Gomes in the first round via technical knockout.