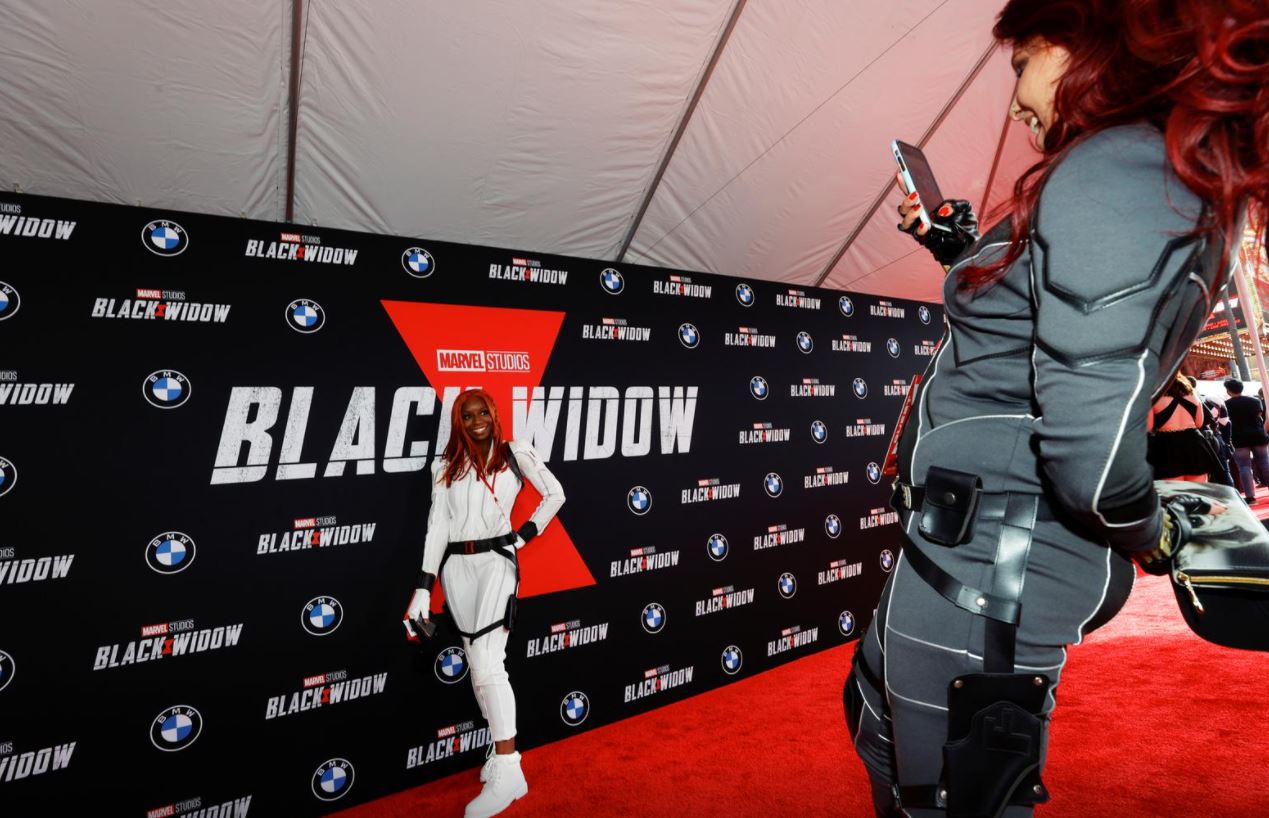 Krystal Jackson poses as she attends a fan event and special screening of the film "Black Widow" at El Captain theatre in Los Angeles, California, U.S., June 29, 2021 via Reuters

London: Film fans young and old, some dressed as their favourite "Avengers" characters, walked and posed on a red carpet in London's Leicester Square on Tuesday for a special screening of superhero story "Black Widow".

The Marvel Studios movie, starring Scarlett Johansson as Natasha Romanoff/Black Widow, the Russian-born spy-turned-Avenger, is among a slate of upcoming major releases postponed from last year due to the COVID-19 pandemic, and which cinema operators hope will revive ticket sales.

A recurring character in the Marvel cinematic universe since 2010's "Iron Man 2", Romanoff gets a standalone movie with "Black Widow" in which she revisits her past.

"From start to finish, this whole experience has been so absolutely crazy and the added time of two years has made it feel like it's still not real," actor Florence Pugh, who plays Romanoff's sister Yelena in the film, told Reuters at the event.

"So the fact that people are possibly dressing up as Yelena and Natasha is so beautiful. I'm just really excited for people to see it. It's been it's been a long time."

"There's nothing like watching a film in the cinema," said Marvel fan Milly, who was dressed as Romanoff.

"It's really nice that we ... get to see this the way it should have been seen in the first place."

Similar "Black Widow" fan events were also being held in other cities including New York and Los Angeles.

Cinemas hope to lure back audiences with movies like "Black Widow"; "F9", the ninth installment in the popular "Fast & Furious" franchise; and D.C. comics film "The Suicide Squad".

"I did not think our film was going to be a part of the first wave of films where people would go back to the cinema and watch it," Pugh said. "That being said, I'm so grateful that it is."

"Black Widow" will be released both in cinemas and on the Disney+ streaming service next week.