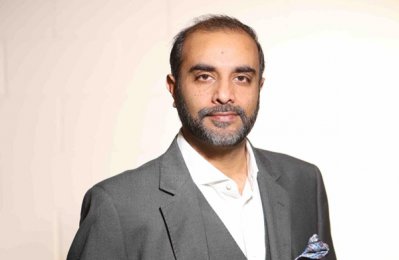 Khurram Shroff
IBC Group has responded to the Chinese decision to crackdown on cryptocurrency mining within their territory, by deciding to close all its Bitcoin and Ethereum mining facilities across China.
Khurram Shroff-led IBC Group will move its staff to new locations; including UAE, Canada, USA, Kazakhstan, Iceland, and various South American countries.
The IBC group has significant Bitcoin and Ethereum mining operations across China and has over 1,500 people employed in more than 40 cities. The group, has invested in over 4,000 different Blockchain projects - including playing an instrumental role in the launch of Ethereum 2.0, with around 100,000 Ether staked.
The institutional crackdown on cryptocurrency mining in China began in earnest, once the nation’s central bank, the People's Bank of China (PBOC), issued a reminder to all Chinese banks that they cannot engage in any cryptocurrency related activity. The State Council of the People's Republic of China declared its intention to shut down Bitcoin mining and trading to ‘control financial risks’, in May 2021. More recently, the PBOC also made statements against the speculative trading of cryptocurrency, further accelerating the crackdown.
According to estimates, more than 90% of the Bitcoin mining in China has shut down, which is especially significant because the nation once contributed a major share of the processing power used by the world’s leading cryptocurrency.
However, several leading crypto miners and investors, in the rest of the world, are seeing the move out of China as a positive. Speaking to Yahoo Finance, Peter Smith, CEO and Co-Founder of Blockchain.com, recently said that he believes China's cryptomining crackdown is good news for cryptocurrencies. He believes the action will help in diversifying mining operations around the world, and lead to an acceleration of large mines being built in Europe, the US, and various other locations.
MicroStrategy CEO Michael Saylor believes China is making a ‘trillion dollar mistake’, a view he shared on Bloomberg Technology.
Shroff, noted ‘Arab Whale’ and Chairman of the IBC Group, shares this assessment. “We believe that while the Chinese crackdown is a temporary inconvenience, the diversified location of mining facilities is great news for the rest of the world,” Shroff said.
“As a company headquartered in Toronto, the fastest growing tech hub in North America, we feel perfectly positioned to take advantage of these changes.”
“A shift of cryptomining operations out of China will be a huge opportunity for Canada,” Shroff continued. “The Toronto Stock Exchange recently listed the world's first Bitcoin ETF, so the nation is already ahead of the curve, in terms of mainstreaming cryptocurrencies.”
“As far as our own cryptomining operations, within the IBC Group, are concerned; we are closing down all our Bitcoin and Ethereum mining facilities across China, and moving our staff to multiple new locations globally, including UAE, Canada, USA, Kazakhstan, Iceland and various South American countries,” he concluded.-- TradeArabia News Service