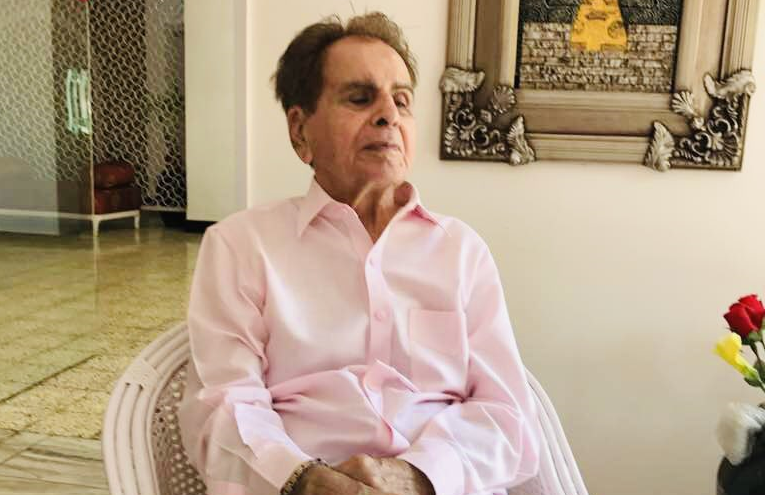 Legendary actor Dilip Kumar died this morning after a prolonged illness. He was 98.

"He passed away due to prolonged illness at 7.30 am," Dr Jalil Parkar, who had been treating the actor, told PTI.

With a heavy heart and profound grief, I announce the passing away of our beloved Dilip Saab, few minutes ago.

We are from God and to Him we return. - Faisal Farooqui

As the news of the actor's demise broke, tributes from fans and celebrities started pouring in on social media:

T 3958 - An institution has gone .. whenever the history of Indian Cinema will be written , it shall always be 'before Dilip Kumar, and after Dilip Kumar' ..
My duas for peace of his soul and the strength to the family to bear this loss .. 🤲🤲🤲
Deeply saddened .. 🙏

Dilip Kumar Ji will be remembered as a cinematic legend. He was blessed with unparalleled brilliance, due to which audiences across generations were enthralled. His passing away is a loss to our cultural world. Condolences to his family, friends and innumerable admirers. RIP.

To the world many others may be heroes. To us actors, he was The Hero. #DilipKumar Sir has taken an entire era of Indian cinema away with him.
My thoughts and prayers are with his family. Om Shanti 🙏🏻 pic.twitter.com/dVwV7CUfxh

A Legend, An inspiration, Thank you #DilipKumar Ji. We pray your soul rests in peace 🙏 pic.twitter.com/0ln0UWuS1j

I am so heartbroken by d news that the ‘King of Cinema’ DILIP KUMAR has passed away.
I admired him as an actor & respected him as he was my fathers first cousin frm Peshawar. Therefore I called him Yusuf ‘Lala’. He was very loving to me.
‘Khuda Paiman Lala jan’.🤲#DilipKumar pic.twitter.com/37RbzFb9EP

An Era comes to an END in the Indian Film Industry.Deeply Saddened by the passing of LEGEND #DilipKumar Saab. One of the GREATEST Actors India has ever produced,an Acting Institution & a National Treasure. Enthralled the world for several decades.May his soul Rest in Peace. pic.twitter.com/f5Wb7ATs6T